This comment was made by a YouTube viewer name Nicole Morgan, about Kamala Ha-ha-ha-Harris, the other truly emptier (pants)suit in the White House:

The worst part is, all of these people that wanted her in office so bad because she’s a woman, well because of that need to check off a little box, she’s now tainted that “first in history” title. I hope that people start voting with their brain and not their affirmative action bingo card now!

Truer words are rarely said, and in our crazy times, such truth is rarely so obvious as it is now with this tragedy of a person.

The Blaze reported that Democrat operatives are concerned that should Harris be up for the Presidential election in 2024, she has zero chance at prevailing against any Republican contender.

This comes not from the Glenn Beck Conservative side of The Blaze, but from Axios, which tends toward the hard left. This is what that news outlet had to say:

Harris would be the presumptive nominee if Biden didn’t run. Administration sources believe it would be nearly impossible to unseat the first Black woman vice president. Yet many Democrats, including some current senior administration officials, are concerned she could not defeat whomever the Republican Party puts up — even if it were Donald Trump.

Some Democrats close to the White House are increasingly concerned about Harris’s handling of high-profile issues and political tone deafness, and question her ability to maintain the coalition that Biden rode to the White House.

While the inner circle in the White House strongly expresses support of Hysterical Harris, that is hardly an indication of reality. Nothing in the so-called “Biden White House” is reality, anyway, as the current resident of 1600 Pennsylvania Ave, NW, is probably there due to a fraudulent election. We do not know for sure, because any attempt to properly investigate the irregularities that were reported have been smothered by people who seem themselves to be dead set against a phenomenon like Donald Trump happening again.

It would be one thing if this Imposter Administration actually was doing helpful things for Americans on purpose. However, so far, most of the benefits that have happened during this tenure are because the Senate and House are near parity or at parity, and so it becomes very difficult to ram super liberal legislation through.

Because of this, financial markets continue to surge, now already about fifteen percent higher than they were when President Trump stepped aside. America is going back to work, even in spite of Mr. Biden’s throwing his sabots into the Keystone XL project. The COVID-19 pandemic appears to be largely squelched, though pips of Delta seem to be making an onstage appearance.

All in all, as the summer proceeds, all continental US states are open for business as usual, and most of them do not require masking anywhere, which is probably the smartest policy – masks only really make people sick or give them psychological crutches in most cases.

However, in all of this, there is nothing about any of this that Kamala Harris can use to point at her own efficacy as “vice-president”. She is becoming known for running a very nasty office, referred to by some as a “sh**show” and by others as being an “abusive environment.”

This is no surprise. This acolyte of Hillary Clinton is every bit as mean, every bit as conniving, but far more self-referenced (if that is even possible!) than the Billary herself.

For great American women, like Lauren Boebert, the US Representative from Colorado, or Melania Trump, the former First Lady, Kamala Harris is not a good representative of the fairer sex in any way. She is a great representation of “angry, ambitious feminist”, though, and so for many other angry, jealous women on the Left, she was seen as the Great Black Hope.

But is that true anymore? Time will tell, but the fact that many in the inner circle of Democrats, plus the Left’s acolytes (or masters?) on CNN and MSNBC, and all the entitled-feeling, jealous, greedy and resentful feminazis out there, Kamala Harris is doing no favors. She is not advancing the Cause.

She is in fact doing them and the rest of America and the world a far better service:

She is showing all of us what a disaster such a woman as her can be.

The financial markets are “surging, ” not because of a congressional stalemate, but due to the trillions of liquidity pumped into the system, and the resulting expansion of all instruments of private debt. Virtually all of this has gone into financial speculation and none to lending to the physical economy. Not a single productive job has been created in the process, resulting in galloping inflation. This began before the onset of the pandemic and has accelerated since Biden’s election.

“ANSWER” = Get rid of the Private parasites, Rothschilds & return America to its “OWN” National bank !

This is what the Democrats get when they listen to radical feminists and go along with what they say. Add in Ms Harris’s colour and the fact that she has been put there as a token gesture, the recipe is one for disaster. If you’re female, black AND intelligent, with a thorough knowledge of a subject, you can get anywhere and achieve anything, people will respect you for it, but as the Dems are finding out, use a stupid woman of any colour, and you’ll get nowhere.

When Tulsi Gabbard mentioned Kamala Harris short comings,she was jumped on by the Democratic Party insiders,kamala Harris is a careerist,and certainly doesn’t care about refugees and poor blacks ,that she deep down has contempt for,her prosecution records was exposed by Tulsi,and the corp media was deliberately blind..p.s.A cat can’t change its spots,and Kamala can’t changed who she really is,A careerist elitist snob,who will do or say anything to get the big job,essentially,Hilary Clinton with a tan..

I totally agree. The Dems are either really stupid IF they truly believe that they help women and Blacks advance by selecting the least qualified individual for high office, which achieves the opposite. All it does is lend credibility to the prejudices of sexists and racists who will conclude that they really are inferior. And this is not because there are no highly qualified, capable and deserving women or Blacks. They do exist, but will not be promoted by the Dems. This leads me to suspect that their entire “progressive” agenda is faux. Why else would they be promoting and… Read more »

If your whole value system is spoon fed to you through television and electronic media then this may be what you think. However, talented hard working women have been visible and sought after long before feminism and affirmative action BS arrived. Honest meritocracy and team building will eventually prevail in spite of the PC bullshit.
Everyone knows Kamala Harris is a poison that will destroy everything around her. As Sarah Palin was to John McCain they had to dig deep to find someone less capable than Joe Biden. 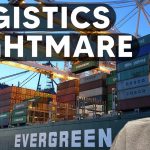 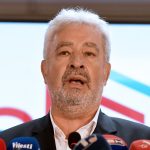