Yes, for real, and his lies continue; Donald Trump and his supporters are gaslighting the country, he says. That’s right, it isn’t the current and illegitimate administration or Brennan himself, but Trump and the people who follow him who are doing this.

Has Brennan suddenly become woke, or is he instead simply trying to remain relevant and keep himself in the limelight? Probably the latter, but if he hopes to curry favour with minorities, he is barking up the wrong tree. An increasing number of especially black YouTubers, be they Trump supporters, conservatives or Libertarians, have got his number, like this guy.

We can only hope that when John Durham does eventually turn in his report, Brennan’s name will be high on the list of those indicted, along with Comey, and not a few others.

Some of want YT indicted:

Go to hell, spammer, and get off our site!!!

As a white male, I regret he is one of us, too. In the Clown World of the hyper-liberal US, one may declare oneself a different sex or race and have official documents reflect that imaginary change and not be declared mentally unstable. The former general is a media spokesman for the radical Democrat ideology that pushes that nonsense, so what is he waiting for?

If he became trans,boy that would be one ugly woman,he’s pretty ugly now..perish the thought..The elites have lost the plot..

The likes of Brennan created Trump,by helping to p*ss away American economic strength in wasteful wars,while the Chinese were quietly hiding their strength as they put it,the wolf warrior shstick ,Trump is Brennan’ s and the neocon/neo lib Frankenstein monster..

Bush and Brennan knew the would trade center was being brought down by insiders…..Israel…..AND THEY LET THEM DO IT. 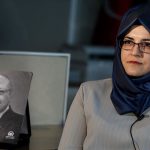