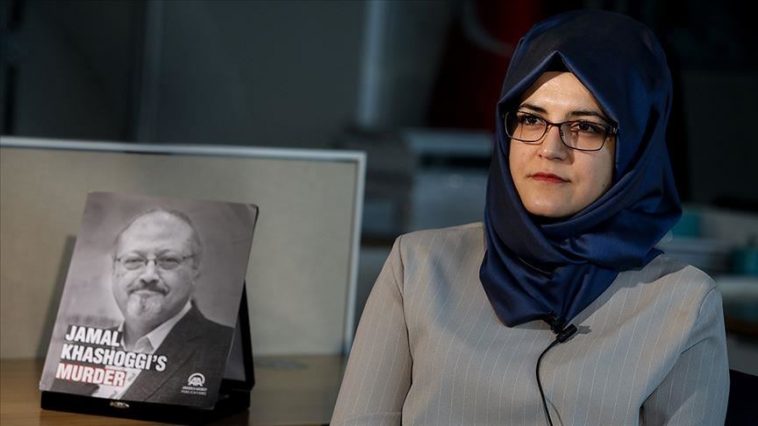 President Joe Biden has disappointed human rights activists, journalists, and many in Congress who expected him to exact a punishment on Crown Prince Muhammad bin Salman (MBS) in the gruesome murder of Jamal Khashoggi.  While sanctions were placed on 76 Saudi nationals as a result of the newly released report on the gruesome murder, the penalties did not name MBS personally.  Officials explained the need to end the war in Yemen, lower tensions in the Persian Gulf region, and ongoing counter-terrorism efforts as factors that held the administration back.  However, Biden has changed the US-Saudi relationship fundamentally: he is no longer dealing with MBS, and will only communicate with King Salman.  This effectively puts MBS in a box. Biden has started a process of the isolation of the de-facto ruler of Saudi Arabia, and US allies may follow the US lead.

Avril Haynes, the director of US national intelligence, declassified a report on February 26 which accused the de-facto ruler of Saudi Arabia of ordering the murder of a dissident journalist.

“We assess that Saudi Arabia’s Crown Prince Muhammad bin Salman approved an operation in Istanbul, Turkey to capture or kill Saudi journalist Jamal Khashoggi,” the US Office of the Director of National Intelligence said in the report.

“We base this assessment on the Crown Prince’s control of decision making in the Kingdom, the direct involvement of a key adviser and members of Muhammad bin Salman’s protective detail in the operation, and the Crown Prince’s support for using violent measures to silence dissidents abroad, including Khashoggi,” it added.

Hatice Cengiz, the 36-year-old fiancée of journalist Jamal Khashoggi, waited patiently outside the Saudi consulate in Istanbul on October 2, 2018. The Turkish Ph.D. candidate was planning her upcoming marriage to Khashoggi, a US resident who wrote opinion columns for the Washington Post, and he was there to obtain routine paperwork to allow him to marry Hatice.  She waited, and waited, but he never appeared again.  Her hopes and plans were killed along with her fiancée.  Now, she demands justice.

On May 16, 2019, Cengiz testified before a US House Foreign Affairs Subcommittee hearing on “The Dangers of Reporting on Human Rights” on Capitol Hill in Washington, DC.

Cengiz said on Twitter. “If the crown prince is not punished, it will forever signal that the main culprit can get away with murder which will endanger us all and be a stain on our humanity.”

“Starting with the Biden administration, it is vital for all world leaders to ask themselves if they are prepared to shake hands with a person whose culpability as a murderer has been proven,” Cengiz said.

Cengiz said that “following this report, there is no longer any political legitimacy for the Crown Prince.”

“The truth – that was already known – has been revealed one more time, and it is now confirmed … Yet this is not enough since the truth can only be meaningful when it serves justice being achieved,” she warned.

Mohammed bin Nayef is credited with saving the lives of dozens of Americans. He was educated in Oregon before training with the FBI and Scotland Yard and is pro-American while excelling in counter-terrorism.

In 2010, Mohammed bin Nayef foiled a plot by Al Qaeda on UPS and FedEx planes headed from Yemen to Chicago, in which he gave President Obama’s terrorism advisor, John Brennan, the tracking numbers for the deadly containers.

In April 2016, King Salman promoted Mohammed bin Nayef to be his crown prince; however, without explanation, he was removed from the position in June 2017 and replaced by the king’s son, MBS, who ordered the arrest of Mohammed bin Nayef in 2020, who has not been seen since. He is reportedly unable to access medical care, and his life is threatened.

The family consensus had been the glue that bound the absolute monarchy in Saudi Arabia, but MBS determinedly forged a path to the throne through a series of palace coups and shake-downs which has left him with all the power in his hands.

Experts in the US and allied intelligence communities know that Mohammed bin Nayef is a competent, and responsible team player, who had been their partner in counter-terrorism before, and might be the only one who could steer Saudi Arabia on a new path.

In November 2019 Biden promised to punish senior Saudi leaders, in contrast to Trump, who gave MBS a free-pass. “And I said it at the time. Khashoggi was, in fact, murdered and dismembered, and I believe on the order of the crown prince. And I would make it very clear we were not going to, in fact, sell more weapons to them, we were going to, in fact, make them pay the price and make them the pariah that they are.”

“There’s very little social redeeming value in the present government in Saudi Arabia,” Biden said. “They have to be held accountable.”

The Biden administration on Friday imposed a visa ban on 76 Saudis believed involved in the Khashoggi killing and placed sanctions that would freeze their US assets and prohibit Americans from dealing with them.

Last month, Biden announced he was stopping billions of dollars in arms shipments to Saudi Arabia.  He called the Saudi war in Yemen a “humanitarian and strategic catastrophe.” The Biden team, backed by Congress, is pushing for an end to the six-year conflict that has brought famine and disease to Yemen.

Kate Bedingfield, White House communications director, told CNN that Biden had made it clear to King Salman during their Thursday call that the US will not tolerate the crown prince’s behavior, regardless of the lack of action.

Let me get this right. The US has placed sanctions on several Russian individuals because of Navalny’s alleged poisoning, that’s despite Moscow asking for the proof from Germany and not getting it, but the Saudi’s lure an man to their consulate in Turkey then murder and dismember him plus the US intelligence services supporting the fact it was done at the behest of the Crown Prince and yet nothing from the US, that paragon of human rights beacon. Is that possible that the successive US administrations are so deluded and bereft of rational thought that no one will see this???… Read more »

Maybe MBS had a Henry II moment,instead of ,”will some one rid me of this priest”,in the modern context,a journalist.. 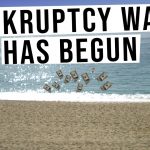 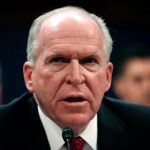