For many years Israel has deployed reconnaissance aircraft along the Lebanese border – in violation of Lebanese and Syrian airspace – from Avivim to the Kfar Shuba Hills and the Sheba’a Farms border region. Subject to a rather toothless UN agreement (UN Security Council Resolution 1701)  largely couched in meaningless rhetoric, an uneasy truce has existed in the region since the war of 2006, despite Israel’s constant violation of Lebanese and Syrian airspace.

The earlier Israeli attack claimed to be versus an Iranian drone emplacement in Southern Lebanon, while the latter Israeli attack likely had the object of clearing brush that might obscure Hezbollah activities in the Kfar Shuba hills, in aid of retaliation for the August 26th aggression versus Lebanon.

The IDF admitted the latter Shebaa Farms attack, stating that “the fires near the border in Lebanon originate with operations by our forces in the area.” While the Israeli military concentrated on possible retaliation from the Kfar Shuba hills, it is now clear that Hezbollah had other ideas. 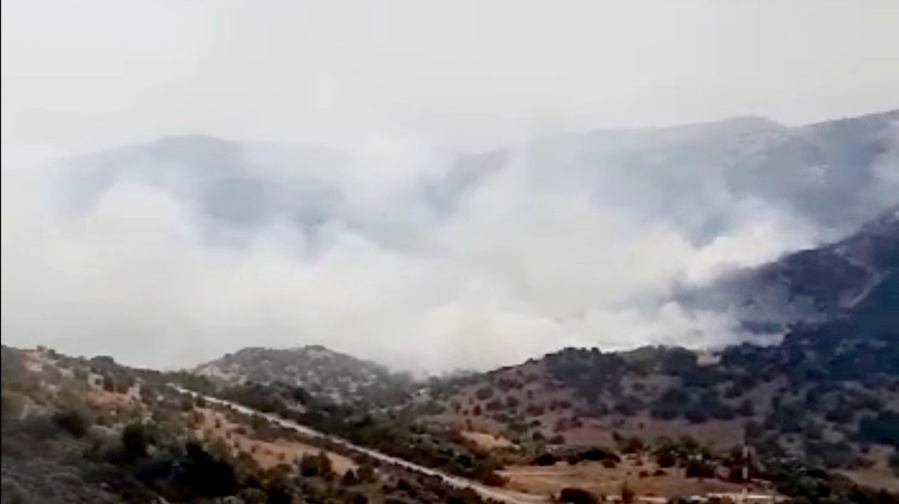 Avivim near Qiryat Shemona is a formerly disputed area in northern Israel (or Lebanon depending upon one’s viewpoint) of special significance to the Lebanese people, and to Israel. Avivim was the scene of an especially brutal massacre during the 1948 Arab–Israeli War, when the Israeli military demolished most of the village and bombed the Avivim mosque, killing nearly one hundred worshipers inside. And it is from the Lebanese border with Avivim that Hezbollah decided to strike, reportedly using 9M133 Kornet anti-tank guided missiles.

Whether Hezbollah chose Avivim as an iconic and symbolic target is a matter for conjecture, but the video here shows what appears to be a successful strike versus a moving Israeli military target. The vicinity shown is accurate and the strike has the appearance of authenticity. 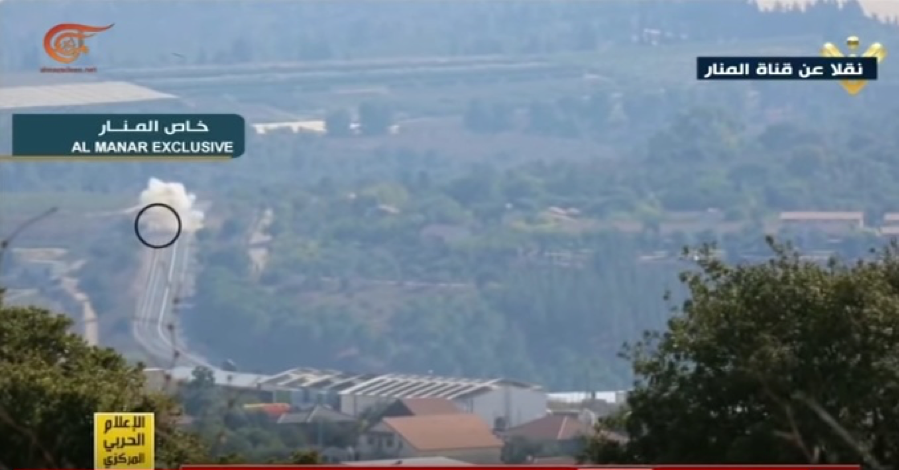 The IDF confirmed that targets were hit in Avivim, with no further elaboration. The Israeli press stated that the destroyed APC was remotely controlled, and that the Medivac operation to evacuate killed and wounded was merely a staged event with no troops killed or injured.  Those Israeli media reports cannot be independently verified.

The bigger picture is whether a political aspect exists with regard to the recent Israeli attacks on Lebanon, Syria, and Iraq. Benjamin Netanyahu is fighting a tough election campaign, with a decision just days away. Even the Israeli press is speculating that Netanyahu may be leveraging Israeli militarist fever to ensure his hold on power.

Should Netanyahu lose the Israeli election, his possible indictment for bribery and fraud in October will likely result in more serious consequences for him, than if he were to be elected as Israeli Prime Minister in September.

Are there any areas that Israel has squatted on that is not in dispute ? Sheech ! Hopefully this warmonger ,Netanyahu , does not make the next election.He has done more damage to the status of Israel than any other other PM.

true on the first point; as for the 2nd, it really makes little difference who wins the Israeli election, because there is no viable opposition, as the major parties (controlling the overwhelming majority of seats) share the same overarching platform … domination. And Bibi is considered “too moderate” by some parties within the domination camp. The Labor party also shares the concept of domination, as demonstrated by leader Avi Gabbay: * Jews only settlements: “The beautiful and devoted face of zionism”. “If a peace deal is made, why do we need to evacuate?” ** “We will NOT share a government… Read more »

Why would the IDF risk the lives of a Medivac team to “rescue” a robot vehicle? I suspect they went to retrieve dead or wounded from the vehicle.