Lebanon and Israel are attempting to reach a deal on their shared maritime borders which could solve the financial, social, and political problems that Lebanon has been facing which almost brought the small nation on the Mediterranean Sea to ‘failed-state’ status.

US envoy Amos Hochstein and White House Middle east coordinator Brett McGurk have been shuttling between two hotels in New York City while trying to seal a deal between the two neighbors who have been officially at war since 1948.  The sidelines of the annual UN General Assembly have presented an opportunity for indirect negotiations between the two, with the US in the middle.

All three nations sense the urgency to come to an agreement amid Hezbollah’s threat to defend Lebanon’s offshore energy resources by force if necessary.  The Lebanese army is incapable of militarily defending Lebanon, and Hezbollah is the only resistance force capable of deterring the encroachment of borders or territorial waters. Hezbollah officials have said they would endorse a deal reached between Lebanon’s government and Israel.

Caretaker Prime Minister Najib Mikati traveled to New York Monday ahead of the United Nations General Assembly at his own expense as a cost-saving measure.  Recently, Mikati addressed a letter to UN Secretary-General António Guterres stressing the cost and effect of the Syrian refugees on the Lebanese economy.  The UN has declined to support a Lebanese initiative to return Syrians home.

Both Israeli and Lebanese officials seem optimistic about an upcoming agreement, with Israeli Prime Minister Yair Lapid saying he has “cautious optimism” and Lebanese President Michel Aoun saying, “The negotiations on the maritime border [between Lebanon and Israel] are in their final phase.”

Both Israel and Lebanon claim a 330-square-mile area of the Mediterranean Sea with an estimated value in the billions of dollars.

Offshore oil and gas production for Lebanon could spell the end of the worst economic crisis in the world in modern history, according to the World Bank.

Lebanon’s Energy Minister Walid Fayad announced Monday they will take over Russian gas company Novatek’s 20 percent share in a consortium licensed to explore two offshore blocs after the Russian gas giant pulled out in August.  The consortium is led by France’s TotalEnergies and includes Italy’s Eni.

Lebanon’s second licensing round initially approved in April 2019 in just two blocs, has been extended several times and increased to cover all eight remaining offshore blocs.

Laury Haytayan, a Lebanese oil and gas expert, said “It’s important to understand if there are any financial commitments on the Lebanese state and how they are going to fulfill these commitments considering the financial situation in the country.”

On September 4, Lebanese protesters staged a rally in the coastal city of Tyre, near the maritime border with Israel. Their banners affirmed Lebanon’s right to offshore gas revenues.

Israel set up a gas rig at Karish in June, saying the field is part of its UN-recognized exclusive economic zone; however, Lebanon insists Karish is in disputed waters.

Tensions between Lebanon and Israel have increased since the arrival of a floating production and storage vessel to the Karish field in June, which is an encroachment on Lebanon’s waters, and in July the Israeli military shot down three unarmed Hezbollah drones flying over the Karish field.  On September 16, the Israeli energy ministry announced the imminent start of the “next stage” of its Karish field gas exploration project.

The Lebanese government removed all fuel subsidies last week which sent gasoline prices skyrocketing, while the state electricity provider has faced fuel shortages which has blacked-out homes. On Monday, the Iranian embassy in Beirut announced that a donated fuel shipment will depart for Lebanon in “one or two weeks.”

The Association of Banks said Wednesday that Lebanon’s banks will remain shut indefinitely, citing ongoing “risks” to employees following a spree of seven bank hold-ups last week by depositors seeking access to their own money held frozen in the banks.

The decision was taken on the advice of caretaker Interior Minister Bassam Mawlawi.

George Al-Hajj, Head of the Bank Employees’ Union worried that the recent hold-ups which were not prosecuted to the fullest extent of the law would encourage other depositors from trying the same.  The Ministry of the Interior said they are working on a plan to protect banks and their staff, which amount to about 50,000 people employed in the banking sector.

Banque du Liban Governor, Riad Salameh, is regarded by many as part of the corrupt political elite who have enriched themselves at the expense of the people.  An arrest warrant was issued in his name, but he has avoided the law, with many accusing him of being above the law.

The International Monetary Fund (IMF) delegation led by Ernesto Ramirez-Rigo, and including the IMF Resident Representative in Lebanon, Frederico Lima, completed its three-day visit to Lebanon on Wednesday by announcing that the IMF advocates that the rate of the Banque du Liban’s Sayrafa platform become the only rate.  The IMF commented that having multiple exchange rates opens the door for corruption. Lebanon’s President Michel Aoun and Parliament Speaker Nabih Berri were among the many officials consulted.

IMF Managing Director Kristalina Georgieva met with Prime Minister-designate Najib Mikati on Tuesday on the sidelines of the UN General Assembly in New York, where she assured him that the IMF “was keen to reach an agreement with Lebanon as soon as possible.”

Ramirez-Rigo said that Lebanon and the IMF would reach a final agreement on a financial aid package “between the end of September or early October.”

Fall meetings between the IMF and the World Bank are to take place in Washington, DC.  from October 10-16, which may mean that the IMF is hoping to attend with the Lebanese plan confirmed.

The IMF voiced disappointment in the lack of progress by Lebanon in implementing reforms, and the delay in adopting the 2022 budget, which is still held up in Parliament infighting. 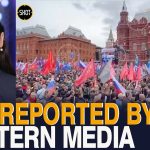 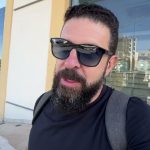