One of the negative claims most often made about UBI is that it is a form of socialism or socialism itself, but is it? UBI stands for universal basic income but it also means unconditional basic income. As things stand it cannot be universal because as pointed out in a previous article, you can’t have basic income with open borders. Not until such time as it can be made truly universal, ie paid to everyone in the world. It can be unconditional though, indeed it must be unconditional to be basic income, otherwise it simply becomes another government benefit similar to unemployment or whatever – what used to be called the dole.

If it is truly unconditional, then it cannot be socialism. As Trotsky himself wrote:

Trotsky’s apologists claim he didn’t endorse this sentiment but was condemning the betrayed revolution. The reader can check out the quote for himself, but leaving aside the fact that the revolution is always betrayed, Americans in particular have only to look north to see what it would mean in practice: shut up and obey, or else.

Another claim often made by UBI’s detractors is that “we” can’t just print money and give it away. Curiously, that is what has been happening since the covid lockdowns. Obviously, printing money without an increase in goods and services will simply lead to inflation and perhaps hyper-inflation, but while there are still people sleeping on the street – in droves in some places – then clearly either not enough money is being printed or if it is, then too little of it is going to the right people.

The usual socialist solution here is to tax the rich, but by the time their money has been confiscated and the bureaucrats have been paid, how much of it will go to those in need? There are many other problems with this approach, one being that taxing the rich reduces investment and thereby the wealth of the community.

Many of those opposed to UBI are themselves receiving a free ride in the form of make-work jobs and even no-show jobs. If this isn’t socialism it is graft or worse. In 2014, Chelsea Clinton was paid around $600,000 a year for…Ostensibly she was a correspondent for NBC, but if she did any real work at all, you will have trouble finding it on-line. There are all manner of charities and non-profits that do little or nothing for the public good, and often do a lot of harm. For example, the Fawcett Society is still pushing lies about the so-called gender pay gap.  There are also countless individuals who are well-remunerated for producing nothing of use to anyone, from astrologers and self-styled psychics, none of whom can predict the winner of the 2.30 at Newmarket, to fund managers who gamble with other people’s money and are paid handsome bonuses whether they win or lose.

Finally, there are those who own shares and other stock market investments. If you own shares in a company, either directly or perhaps through a pension fund, you are in effect a sleeping partner, perhaps one of many thousands. Direct shareholders usually receive dividends, maybe only once or twice a year. UBI is best thought of as a dividend paid out of a sovereign wealth fund. Alaska has one of these, although its annual payouts are small.

So how would UBI work again? There are currently limited trials running in sundry places. The one in which a small number of black women in Georgia  are being paid UBI was reported here recently, but lately a new one in Wales has been in the news. All teens leaving care when they turn 18 are to be paid UBI for a two year period. This is even more promising, because a lot of these kids have troubled backgrounds which for teenage boys can be a fast track to crime; best not to mention what can happen to girls.

The minutiae of UBI schemes for the entire population are seldom discussed, but one suggestion is that high earners and the independently wealthy could opt out on a quarterly or annual basis. There could even be a public register of those who had opted out.

What is the alternative to UBI? As technology advances, more and more people will become unemployable. Then there are those who are excluded for other reasons including people with serious criminal records or what are euphemistically referred to as mental health issues. These people are often targeted by the bureaucracy and can end up on the street or worse.  UBI will remove the problems created by means-testing, and, with the abolition of the minimum wage, will enable all but a tiny few to supplement their incomes and thus increase their standard of living.

Here is a video from eight years ago that explains how this would work today. 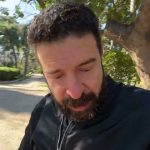