Recently it was announced that a small group of people in the Deep South state of Georgia would be given $850 per month unconditionally. If that sounds like basic income, it’s because it is.  The number of recipients is slightly confusing, depending on which source is consulted, but they all have something in common: they are black women.

A pilot programme in Atlanta will see  two hundred women receiving this payment for a year. It will then hopefully be expanded. It goes without saying that not everyone is happy with this, including a certain black conservative YouTuber who will remain nameless. The name Martin Luther King has been thrown around by the programme’s supporters, but basic income is an idea that goes back centuries, although the first person to tackle it scientifically was C.H. Douglas.

This thirty minute video explains the rationale behind it, but basically, a hundred years ago, a man could eke out a living pushing a broom. Now, many laborious jobs, many dirty jobs, many dangerous ones have gone forever, and good riddance to them. The workforce needed for the future is increasingly of technicians, some of them highly trained. People at the bottom of the food chain cannot do these jobs; this includes people who are none-too-bright, people will serious or at times quite trivial criminal records, certain types of single mothers, people who have all sorts of disabilities and social problems.

These people, indeed everyone, needs and deserves livelihood. The purpose of work isn’t some higher moral good, it is to provide the goods and services the community demands and desires. Work is a means to an end, not an end in itself. Basic income will free the unfortunates among us from means-tested benefits – the cause of the poverty trap. In conjunction with the abolition of the minimum wage, it will enable these people to do menial or simple jobs here and there, to supplement their spending money. Leaving that aside, many jobs today are of a make-work nature.

Eventually, basic income could become truly universal and extended to everyone in the world, but as things stand, this isn’t possible. It can and should be implemented in certain areas of the United States and other nations, indeed it has been, but it cannot be so implemented with open borders.

There is more to having a job than income alone. Besides the social aspect (the Americans are already isolated enough), there is a meaning in getting out of bed before noon, shaving, putting on clean clothes, and going to work. Humans need structure and regiment in their lives. What will the recipients of the basic income do in their free time? Do you think they will attempt to better themselves by going to college, get IT certificates or learn another language? Some might, but they will be a small minority. Young will only get into trouble. It’s a bad idea!… Read more » 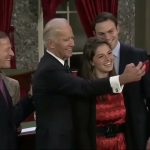