On October 19, John Leslie was found not guilty at Southwark Crown Court. He had been accused of groping a woman’s breast at a Christmas party way back in 2008. And the woman who accused him? She complained to the police in 2017! If that sounds bizarre, the genesis of this insanity can be dated very precisely to October 23, 2002. In her autobiography, which according to the Amazon website was published seven days previously, the TV presenter/weather girl Ulrika Jonnson claimed to have been a victim of date rape by an unnamed individual.

Matthew Wright blurted out the name John Leslie on live TV, and the proverbial hit the fan. At that time, Leslie was presenting a morning programme; it was announced the following day that he would be taking a leave of absence.  As far as can be ascertained, Jonnson has never spoken publicly about whatever interaction she did have with Leslie. The date rape was said to have happened in 1988. Leslie said he had dated her but dumped her when he found out she was seeing someone else. She married for the first time in 1990; Leslie, who is two years older than Johnson, has never married.

Sometimes, allegations of rape die the death, but not this one. On October 27, 2002, the People – a Sunday tabloid newspaper, now known as the Sunday People – published an in-depth interview with a woman named Tracy Chappell, who claimed to have been groped by Leslie in a nightclub six years earlier. Even so, she went to an hotel with him where he tried to rape her. And of course, she never reported this at the time. Curiously, she does indeed appear to have met Leslie, because her Sunday People story, in which she claimed he was a “pervert” who had “WRECKED MY LIFE” was a souped up version of an article published in The Sun on September 19, 1996. Therein she said only that Leslie had tried it on with her and her lesbian friend, but they told him to get lost before being arrested for letting off 17 (seventeen) fire extinguishers on 3 floors of the hotel in the small hours. Does she sound like a shrinking violet to you?

Far worse was to come for Leslie though, in December 2002, he was arrested on suspicion of indecent assault and rape. He was bailed pending further inquiries. On the last day of the year, the Daily Record – a national newspaper in his native Scotland – reported that more than thirty women had now come forward with claims of abuse, including four to the police. Now, apart from cameo appearances and interviews, his TV career was effectively over. It might not have been, had he not been photographed apparently snorting cocaine while partying at his London home.

It is difficult to keep track of all the allegations that followed, but in February 2003, it was reported that no charges would be forthcoming. Then, in June the same year, he was charged with two counts of indecent assault against one woman dating to 1998. The charges were dropped on July 31 when Leslie appeared at Southwark Crown Court.

In June 2008, Leslie was arrested again, this time for an alleged rape in November 1995. He told the press he didn’t even know his accuser. He was cleared the following month.

In November 2015, Leslie was questioned by the police yet again; this time he was alleged to have sexually assaulted a young woman in Edinburgh earlier that month. He was cleared the following February, but worse was to come. His mother died, and he was charged with indecently assaulting a woman while dancing with her in a nightclub. He stood trial at Edinburgh Sheriff Court, and although only found not proven, the evidence appeared to indicate a not guilty verdict.

And so to the latest allegation. The jury thought so little of it that it cleared him in a mere 23 minutes. The photograph above is a screengrab from a December 16, 1993 TV programme. The two women with the much younger Leslie are Anthea Turner and Diane-Louise Jordan who were character witnesses at the trial.

The big question now is will this madness end? Anyone asking the CPS about the basis for charging people with criminal offences will be fed pablum about a two prong test. It must be in the public interest to bring a charge, and there must be sufficient evidence. Even if one swallows the claim that it is in the public interest to charge a man with touching a woman’s breast without permission a decade previously when no complaint was made at the time, the sufficiency of evidence is what?

Groups like Rape Crisis Scotland are forever complaining that the conviction rate for rape is far too low. Although this claim has no merit at all, there are cases in which women have reported rapes or lesser sexual assaults promptly, where there is credible evidence, and where for whatever reason no charges have been brought. It is difficult to believe anything other than someone in the legal establishment has it in for Leslie. Hopefully this will be the last time he is ever accused of indecent assault or any other sex crime. Though to make absolutely certain he isn’t, he might seriously consider joining a monastery.

John Leslie (is still or was a really handsome guy in the day) So my take on this is that those who accuse him were not touched and that is what infuriated them. Just an opinion…

He is a coke snorting colossal pervert though, regardless. 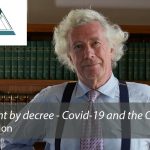 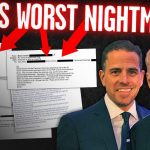