Today we believe that countries sovereignty is the sacred obligation to everyone, and it’s just hard to imagine a country significantly expanding its territories. However, there are territories like Crimea, the situation there is complicated though. And the territorial wars are still accurate to this day.

Another subject of argument is the island split between the Northern Ireland (UK) and the Republic of Ireland. The situation here is even more complicated, mainly due to the history of their stand down. Years and years of terror and fighting over power has resulted in suffering. As a result, the civilians were the ones to suffer.

The political complications still remain, and it’s hard to do anything about it. To be honest, it’s been a rough year so far for the Great Britain as well as for the whole world. The corona crisis struck and it had a great impact on NHS, along with the consequences of Brexit the whole country struggled with one of the darkest days in Britain’s modern history. As we were speaking about the Northern Ireland, as soon as Britain left the European Union, the problem of a hard boarder between Northern Ireland and the Republic of Ireland appeared.

In Northern Ireland many consider themselves close to the EU and they separate their national identity from the rest of the United Kingdom, so their vote was mostly against Brexit.

Since then, an increase in the numbers of people that decided to apply for an Irish citizenship took place. This way people could still be a part of the E.U. and keep regional tensions at ease.

Although, the problem lies deeper, unfortunately. The so called “The troubles” were an ethno-nationalist period of conflict in Northern Ireland that lasted about 30 years from the late 1960s to 1998, according to Wikipedia. This conflict took many lives and left a mark on Irish and UK’s history. These scars from the conflict are the main reason for Brexit negotiations to be mostly about the border. If there was a hard border, this might have had triggered radical Irish groups to act, and demonstrate their hate towards the British government. The conflict is at halt. But anything could be the trigger.

Brexit is a bad decision in so many ways, and the people in Northern Ireland knew it as soon as the talks about it started. But British government seemed like it didn’t bother them, they’ve been pursuing some uncertain goals, no matter the cost. And the price could have been very high.

The custom checks are necessary, it is one of many strict rules in EU trading system, so, as soon as the UK left the EU, Britain had to deal with those rules as a foreign country. The decision was made to move the border between Northern Ireland and the rest of the UK. The sea border basically splits 2 islands in two areas with different custom policy approach, which might bring some ideas that it’s the first step towards the Northern Ireland leaving UK for good. But as we can see throughout the history the UK won’t just give away its land. The invisible border between the UK and the Northern Ireland is a compromise attained with the “Good Friday agreement”. This gave the Irish people their freedom to move around the land. Now the Brexit process raised certain concerns, and the British government had nothing else to do but to move the border in order to avoid provocations.

The Northern Ireland exit might bring true piece to the region, the border has already been moved, and people wouldn’t have to follow the updates on laws and measures taken concerning the region. The Brexit unmasked the MPs and the Prime Minister, their intentions weren’t as good as they said. The sweet promises of post-Brexit life turned out to be lies with warning consequences. Browsing social media, I mostly found a common opinion, that the Northern Ireland will be out of UK, and unite with the rest of the island. However this isn’t happening anytime soon, but no one ever said “never”. And the majority of people think that the process will be with accordance with democratic regulations, and the peace will finally take its place in Ireland.

Make money online from home extra cash more than $18k to $21k. Start getting paid every month Thousands Dollars online. I have received $26K in this month by just working online from home in my part time. Every KSi person easily do this job by just……___ http://bit.ly/amazo564

Last edited 5 months ago by RosaPruitt
0 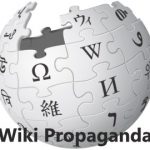 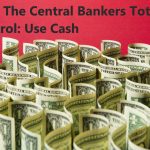