BY TYLER DURDEN (From ZeroHedge)

Professor Michael Hudson and Pepe Escobar discuss the emerging economic world order which they define not so much as a conflict between nations, but a rivalry between two competing models of the economy.

The finance capital driven model of the West with a domination of the FIRE sector, versus the mixed economy model represented by China and Russia which seeks to rein in rent seeking, combined with public banking and state funded infrastructure to support market compliant industrial development.

In Professor Hudson’s view, this model was advocated by classical economists, from Mill, Ricardo, to Henry George; and is largely responsible for the West’s past successes.

Transcript via The Saker (emphasis ours)

Ibrahima: [00:00:00] Good morning or good evening, depending on where you are located and welcome to the Henry George School. My name is Ibrahima Drame and I’m the director of education. It’s a great honor to have you with us today for another joint webinar co-organized with the International Union for Land Value Taxation with two great thinkers, Professor Michael Hudson and Pepe Escobar to discuss the emerging economic world order.

I ‘d like to, thank Michael and Pepe for accepting to share their ideas with us my friend Alanna Hartzok co-founder of Earth Rights Institute, who will be moderating the session this morning. So, before I hand it over to Alana, I’d like to ask all attendees to keep muted until we open the Q&A session. And of course, in the meantime, you are free to use the chat and, please do so responsibly. So, Alanna, please go ahead and introduce our speakers.

Alanna: [00:00:55] Yes. Happy to do so I’m also an administrator for the International Union for Land Value Taxation, and we are on the web@theiu.org. I’m so delighted to have Michael Hudson and Pepe Escobar join us once again for “In Quest of a Multipolar World Order”.

Michael Hudson is an American economist and professor of economics at the university of Missouri, Kansas City and a researcher at the Levi Economics Institute at Bard college. He’s a former Wall Street analyst, political consultant, commentator, and journalist.

He’s also teaching at the University for Sustainability in Hong Kong. Michael was the author of J is for Junk Economics, Killing the Host, The Bubble and Beyond, Super Imperialism: the Economic Strategy of American Empire. And he has a new edition of that coming up now. Also, Trade Development and Foreign Debt ,and The Myth of Aid, and others.

Those books have been translated into Japanese, Chinese, German, Spanish, and Russian, and they are very popular in China right now, I might add.

Pepe Escobar, born in Brazil is a correspondent editor at large at Asia times and columnist for Consortium News and Strategic Culture, Moscow. He has extensively covered Pakistan, Afghanistan, Central Asia, China, Iran, Iraq and the wider Middle East Pepe is the author of Globalistan: How the Globalized World is Dissolving into Liquid War, Red Zone Blues: a Snap of Bagdad during the Surge. He was contributing editor to the Empire and the Crescent. His last two books are Empire of Chaos and The Raging Twenties: Great Power Rivalry Meets Techno Feudalism. Pepe is also associated with the Paris based European Academy of geopolitics.

He does have a new book out, The Raging Twenties, which is a collection of his excellent essays and articles for the several publications, for which he writes. So, when he’s not on the road and covering the New Silk Road, he is living in Sao Paulo, Paris, and most recently in Bangkok. So welcome both of you.

I must say that, for the chat, if you have questions, viewers, listeners, please ask your questions in the chat. And then we will ask them at the end of the conversation between Pepe and Michael. Thank you. Go right ahead.

Pepe Escobar: [00:03:44] Come on now you should start. OK, why don’t you start with your last revised chapter for Super Imperialism.

Michael Hudson: [00:03:51] All right. 50 years ago, I wrote Super Imperialism about how America dominates the world financially, and gets a free ride.

I wrote it, right after America went off gold in 1971, when the Vietnam war – which was responsible for the entire balance-of-payments deficit – forced the country to go off gold. And everybody at that time worried the dollar was going to go down. There’d be hyperinflation. But what happened was something entirely different.

Once there was no gold to settle U.S. balance-of-payments deficits, America strong armed its allies to invest in US Treasury bonds, because central banks don’t buy companies. They don’t buy raw materials. All they could buy is other government bonds. So, all of a sudden, the only thing that other people could buy with all the dollars coming in were US Treasury securities. The securities they bought essentially were to finance yet more war making and the balance-of-payments deficit from war and the 800 military bases America has around the world.

The largest customer – I think we discussed this before – was the Defense Department and the CIA. They looked at it as a how-to-do-it book. That was 50 years ago. What I’ve done is not only re-edit the book and add more information that’s come out, but I’ve summarized how the last 50 years has transformed the world. It’s a new kind of imperialism. There was still a view, 50 years ago, that imperialism was purely economic, in the sense that there’s still a rivalry, for instance, between America and China, or America and Europe and other countries. But I think the world has changed so much in the last 50 years that what we have now is not really so much a conflict between America and China, or America and Russia, but between a financialized economy, run by financial planners allocating resources and government spending and money creation, and an economy run by governments democratic or less democratic, but certainly a mixed economy.

But in America you’ve had something entirely different since 1980. Something that was not foreseen by anybody, because it seemed to be so disruptive: namely, the financial sector saying, “We need liberty – for ourselves, from government.” By “liberty” they meant taking planning and subsidy, economic and tax policy, out of the hands of government and put into the hands of Wall Street. The result was libertarianism as a “free market.” In the form of a centralized economy that is concentrated in the hands of the financial centers – Wall Street, the City of London, the Paris Bourse. What you’re having today is an attempt by the financial sector to take on the role that the landlord class had in Europe, from feudal times through the 19th century. It’s a kind of resurgence of feudalism.

If you look at the last 200 years of economic theory from Adam Smith and Marx, onward, everybody expected a mixed economy to become more and more productive, and to free itself from the landlords – and also to free itself from banking. The expectation was to make land a public utility, the tax base, and to make finance basically something public. Government would decide who gets the funding. hus, the idea of finance in the public sector was going to be pretty much what it is in China: You create a bank credit in order to finance capital investment in factories. It means the production of machinery, agricultural modernization, transport infrastructure of high-speed trains, ports and all of that (…more) 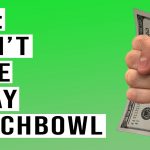 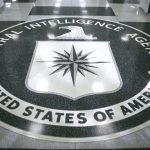