In an unprecedented move, Twitter banned US President Donald Trump from the platform on Friday, stating that two of his tweets were “highly likely to encourage and inspire people to replicate the criminal acts that took place at the U.S. Capitol on Jan. 6, 2021.”

It is hight time to crush globally on FB, Google, Twitter and consorts! Break their power, influence and bias!

And stop You Tube’s censorship as well.

While the suppression of free speech by Big Tech is unacceptable, there is another aspect to Big Tech’s business model that seems to have been forgotten as shown here:

What started out as a benign social networking service has morphed into something that is used to harvest our personal information with the goal of making the service’s major shareholders even wealthier than they already are.

It’s truly terrifying to think they have all this information about any individual user of their sites. I suppose they even know what time you visit the bog every morning and how much s**t you pass! I be,I’ve from Feb 8th Facebooks other platform, WhatsApp, is going to do the same thing. 😡😡

I totally dumped my Facebook account earlier this month, you should see the pleading that went on as I did so, even to the point of telling me they would leave the door open for another 30 days, so I could change my mind! 🤣🤣🤣

I had the same experience with Farce Book over 10 years ago. I had never once used it, but I got fed up with being bombarded by FB emails. It took a couple of minutes to subscribe but six weeks to unsubscribe, partly because they hid/buried the details on how to do so. I believe there were complaints made about that so it’s probably easier to unsubscribe now. Once I found out to do it from instructions posted by someone online, I also experienced a bunch of pleading and an option to leave the door open in case I changed… Read more »

Meanwhile in the UK

Oh dear, Messrs Gates, Zuckerberg and Dorsey. You really have gone and shot yourselves in the feet haven’t you, silly boys?

that twatter baby is going down 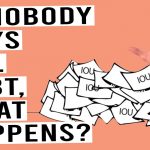 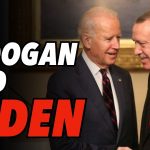