if you’ve seen the documentary 2,000 Mules and you are still unconvinced that the 2020 election was stolen, check out this interview with Catherine Engelbrecht and Gregg Phillips. The evidence they present is compelling although there is still much work to be done, but some people remain unconvinced.

One such unconvinced individual is Cassandra Jaramillo whose lengthy article about Engelbrecht and Phillips makes a lot of claims about their financial practices, some of which may be true, but at the end of the day says nothing about the evidence they have uncovered. Are they on the take? Let’s be realistic, few people can afford to do this sort of work for nothing, but unlike Patrisse Cullors, Engelbrecht didn’t hire her brother as a bodyguard, and unlike Black Lives Matter, True The Vote didn’t set America’s cities on fire.

And two people can throw dirt. In a September 2017 article for The Dallas Morning News, Jaramillo alludes to the “very fine people” quote made by Donald Trump with the implication that he included “white supremacists and Nazis”.

Leaving that aside, it is clear or should be clear that the Democrats, or elements of them, set out to weaken the security of the 2020 election. Photo-ID has been called an expensive distraction; in 2017, just one person in the UK was convicted of personation. Sadly, the United States has a much bigger problem as can be seen from this article. Besides, it is almost impossible to do anything in the modern world without proper ID.

Then there was the mail-in voting and the drop boxes that appeared suddenly; they were supposed to be under the watch of cameras, but most of them were not. Where True The Vote really scores is with the people caught on camera stuffing these boxes with multiple ballots, and with the mobile phone tracing. There is a lot more to come as people begin to wake up.

A cynic might ask if there is so much evidence of voter fraud, why hasn’t the FBI done anything about it? To that a realist might reply, you mean the FBI that framed the previous President as a Russian agent and disrupted his campaign while turning a blind eye to the money laundering of Hillary Clinton and the Hunter Biden laptop scandal? And that’s before we mention the agents provocateurs they engaged for the Gretchen Whitmer kidnap hoax.

The really big question though is where did the money come from? The answer is that Catherine Engelbrecht’s isn’t the only non-profit out there. Some of the wealthiest foundations have a long track record of this kind of subversion going back decades. The Reece Committee investigated these in the 1950s. It remains to be seen if at the end of the day anything will change or if the people who exposed the fraud will continue to be smeared and their findings swept under the rug. 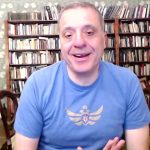 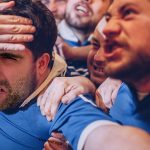