Amazon may currently be the third largest company in the world and the largest on-line retailer, but can it be trusted? Rule number 5) – never trust anyone.

Like many other companies, organisations and individuals, the Amazon name is often used in e-mail scams to attempt to dupe people out of money or to obtain important information like passwords, but that doesn’t mean Amazon won’t try to scam you on its own account.

Unlike Facebook and Google for example who pamper their staff, Amazon has a terrible reputation for treating its manual workers poorly; it is also not averse to encouraging you to part with your money by encouraging you to sign up for something you don’t want, or even signing up for it on your behalf. Advertising in the UK is strictly regulated; in October last year, the Advertising Standards Authority upheld seven complaints against Amazon Prime and banned the offending advertisement, which was really a promotion.

When customers made purchases apparently over a certain amount, they were offered a free 30 day membership of the Amazon Prime film service. The associated “small print” was so confusing that some people ended up subscribing to Amazon Prime when they hadn’t wanted to, and it appears that some were signed up anyway. The current writer knows of  two such instances.

In the UK this charge is £7.99 per month, something you could easily miss on your bank statement. Be careful you don’t.

Aside from that, be wary of what you buy from Amazon. While most products from major manufacturers – including books and music – are probably safe, there are some things you should definitely not buy there.

If you buy cheap furniture through Amazon, it may turn out to be not so cheap – buy cheap, pay twice. That swivel chair made in China may seem like a bargain, but you will have to assemble it yourself, and if all the parts don’t fit, the guarantee you received from the purchaser will be worthless.

Memory sticks can be a problem wherever you buy them from, including eBay, but the price of this technology has fallen so much in recent years that you’re better off paying a bit more by ordering high volume sticks through the Argos catalogue, then if it does malfunction in a month or two, you can return it for either a replacement or a full refund.

I was tricked when I made my first (and only) purchase from Amazon when I foolishly clicked on the “free delivery” choice when I ordered a $37 baby frock as a gift for a friend for a baby shower for her daughter, and ended up being charged $99 for delivery. What Amazon failed to inform me was that the “free delivery” included a one-year $99 subscription program. As this was a one-time purchase, I had no interest in such a program, and this should have been explained. I asked my friend to return the item to Amazon, but apparently she… Read more » 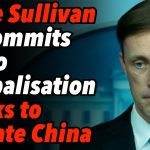