We are all aware of inflation, prices rise steadily and surely, though sometimes not so steadily, but does the price of anything ever come down? How about computing? In 1927, a famous half hour trans-Atlantic telephone call cost £150, around £10,000 in today’s money. In April 1992, a correspondent for the New Scientist wrote that in the 1950s, an electronic circuit that could store a single bit of information would cost more than £1, adding “Today, a penny will buy 5000 of them”.

This is good news, because lower prices benefit society as a whole. We shouldn’t be too surprised that memory sticks are extremely cheap; a 128Gb stick may cost under £20, but can you really buy a  1Tb stick for under £30? Let’s rephrase that, can you buy a genuine 1Tb memory stick for under £30, one that will last? The answer is…maybe a few years from now.

Memory sticks are always cheaper on-line for obvious reasons, and they can be purchased from many reputable websites including Amazon, eBay and Wish. However, if you visit YouTube, you will find many videos that warn you against buying too cheap, even on sites like Amazon and eBay which have returns policies. Buying a defective or bogus memory stick will waste your time if not your money. So how does this scam work? Broadly speaking there are two ways: some are simply counterfeit goods while others come from the gray market.

The chip inside your memory stick is manufactured to an incredibly high specification. This results in a large percentage of them being substandard, but instead of being thrown away they are often resold and find their way into products that are offered at bargain basement prices.

Another way of scamming the public is to doctor the stick so that when it is read by your computer it shows a Tb of space when it is really much smaller. This kind of fraud can also be used on smaller capacity sticks, so the 64Gb memory stick you purchased may in fact hold only 16Gb of data. When you save files to it, it may simply fill up and indicate such, or far, far worse, your machine may continue to save to it, but files already saved will be over-written. Some sticks simply fail to read data or read it so erratically that they are worthless. Some even come with malware, so it is always important initially to run your anti-virus or anti-malware program, preferably when you are not connected to the Internet.

The marketing of fake memory sticks and fake everything else is of course a big problem on-line. When you purchase through eBay, you can check out the reputability of your supplier by reading the user feedback. This is easily done on eBay, though even reputable companies have been known to sell defective sticks.  Fake reviews abound on Amazon. As for Wish, best to avoid it, at least for anything computer related or electrical.

This fakery is far from a new problem; here is an article from seven years ago that warned against it. And here is an up to the minute video that explains how the current pandemic hysteria has contributed to the increase in the chip gray market and fraud because of the disruption it has caused to supply chains worldwide. 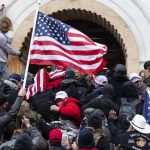 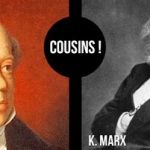