The Rothschilds sold us a BIG LIE, “Marxism”.  Why would they do such a thing, in order to cheat us out of our freedom?  Unfortunately, this seems to be the truth of the matter.  Only the inner core know the real truth of communism, collectivism is to control you.  Democratic leaders know that the Marxist ideology is fake, even if AOC doesn’t.  Nancy Pelosi will do the bidding of her donor class whatever that takes.  She will change like a chameleon on the surface, but we all know the true Nancy is an elitist without ethics.

Historians have confirmed that Karl Marx was not only related to the Rothschilds, but was also employed as their agent in order to subvert democracy and corrupt the Socialist movement.

Karl Marx was born in a London squalor, and came from a long line of rabbis.

Henrymakow.com reports: He used to visit the Red Lion Pub at Great Windmill Street, Soho where he and Friedrich Engels were asked to write what became the Communist Manifesto. His best known work is the book Das Kapital, which fails to mention that money is printed out of thin air and by his cousins, the Rothschilds.

Karl Heinrich Marx was born in Trier, Kingdom of Prussia on 5 May 1818, an Ashkenazi, to Hirschel Mordechai and Henriette Pressburg. Marx’s birth name name is Chaim Hirschel Mordechai. Marx descended from Talmudic rabbis; his paternal ancestors had provided rabbis to Trier since 1723, a post last held by his grandfather.

During the Napoleonic War of the Sixth Coalition, [Marx’s father] Hirschel Mordechai became a Freemason in 1813, joining their Loge L’Ètoile anséatique (The Hanseatic Star) in Osnabrück. After the war, he feigned conversion to Lutheranism as a means to better infiltrate Prussian society. He pretended to be an “assimilated” bourgeois Enlightenment liberal, interested in “free thought” and was wealthy, owning some Moselle vineyards.

One of Marx’s grandparents was Nanette Salomon Barent-Cohen, who belonged to a wealthy Amsterdam family. Her cousin had married Nathan Mayer Rothschild and bore Lionel Nathan Rothschild, “Baron” and Member of Parliament for the City of London.

Critics have suggested that Marx’s mission was to co opt the nascent socialist movement. Before Marx ever wrote a word, following the industrial revolution,  the socialist movement already existed in Germany, France, Britain and elsewhere. Marxists have tried to monopolize socialism and insist that unless you follow Marx’s theories, you cannot be a socialist. This is a clear fraud and usurpation.

A major question in this regard, is “who was behind Marx?” The book Der preußische Regierungsagent Karl Marx by Wolfgang Waldner, suggests that initially Marx worked as a police spy for the Prussian regime.

Waldner mentions the fact that Marx married Jenny von Westphalen in 1843. She came from a wealthy Prussian family. Her brother was Ferdinand von Westphalen, who was Prussian Minister of the Interior from 1850-1858. Ferdinand, Marx’s brother-in-law, was regarded as  “reactionary”, who ran a vast spy network which kept tabs on dissidents…

Marx moved to London in 1849…While Marx was authoring Das Kapital in the British Museum reading room, his famous cousin Lionel de Rothschild, conveniently, was MP for the City of London (1847-1868 & 1869-1874).

The Rothschilds (Marx’s third cousin by blood) and other finance syndicates were very prominent in promoting “Jewish emancipation”  and Masonic, liberal and Protestant ideas which took hold of society at the start of the 19th century….

The idea of Marx as a Rothschild shill…was raised as a concern by his contemporary rival in the First International, Mikhail Bakunin in 1869, who was not even aware of the fact that Marx and Rothschild were cousins. Bakunin wrote presciently:

“This world is now, at least for the most part, at the disposal of Marx on the one hand, and of Rothschild on the other. This may seem strange. What can there be in common between socialism and a leading bank? The point is that authoritarian socialism, Marxist communism, demands a strong centralisation of the state. And where there is centralization of the state, there must necessarily be a central bank, and where such a bank exists, speculating with the Labour of the people, will be found. “
—Mikhail Bakunin, Profession de foi d’un démocrate socialiste russe précédé d’une étude sur les juifs allemands, 1869.

Perhaps the most pronounced and consistent aspect of Marx’s ideology was his extreme and radical hatred of Russia [the last bastion of Christian civilization…]… He and Engels regarded Russians and Slavs in general as subhuman (völkerabfall) barbarians. Had he lived to see his ideological heirs Vladimir Lenin, Leon Trotsky, Grigory Zinoviev butcher them by the millions, he would no doubt have cackled in orgasmic joy at the horrors visited upon them; men, women and children.

Marx used the newspaper Neue Rheinische Zeitung to try and incite a war against Russia. This Russophobia was also behind the strange alliance with Tory, David Urquhart, when he moved to London and Marx thus has the blood of the people who died in the Crimean War on his hands. Henry Hyndman, who spent many hours in Marx’s company in his Record of an Adventurous Life attributed this anti-Russian obsession to Marx’s ethnocentrism. The Soviets tried to cover up this fact about Marx…

Another masterpiece of C.I.A. The only question is, how did it find its way into Duran?…

For quite some years now, I had believed that Marx’s birth name was actually Moses Mordecai Levi Marx . Gratitude to Free Speech Fan for setting the record straight. Of course the most amazing observation in this ataractic reticent of socialist history is, the omission of the founder of the German Social Democrat Party, father of socialism and Marx Teacher. Who, inter alia, unequivocally preached that the biggest asset to the socialist/communist ideology was, The Internationalist-(No Fatherland). Whilst one can commend the author for the spurious pen name. It has to be said that, of late the quality of prose… Read more »

If they all could have just been like Harpo . . .

I’ll tell you what this looks/reads like: The Protocols of the Elders of Zion (Протоколы сионских мудрецов) or The Protocols of the Meetings of the Learned Elders of Zion is a fabricated antisemitic text purporting to describe a Jewish plan for global domination. The hoax, which was shown to be plagiarized from several earlier sources, some not antisemitic in nature,[1] was first published in Russia in 1903, translated into multiple languages, and disseminated internationally in the early part of the 20th century.

An outstanding forgery, but a forgery nonetheless.

What a complete piece of written hysterical idiocy!
Why does the DURAN print this drivel.?
wtk

So Marx and Rothschild didn’t have a common grandparent and weren’t 3rd cousins? Marx’s ancestors weren’t Rabbis and at least one a Freemason? Was his father’s conversion to Lutheranism sincere and not political or are you saying the author of this article lied and it never happened at all ? Marx didn’t work as an informant for the Prussian regime? His wife didn’t come from a wealthy Prussian family? His brother in law wasn’t Minister of the Interior etc., etc., etc.? Hysterical…idiocy…drivel ? Those are just ad hominem attacks unless you explain them. Ad hominem attacks usually result from hysteria… Read more »

He doesn’t seem to be questioning the veracity of the information, He likely refers to its misleading nature. Its a Common Error in the West to attribute to Marx what should be at the door of Moritz M Hess, who is the true Father of Socialist/Communism . 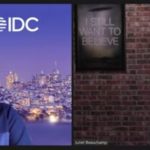 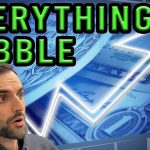