Last month Germany’s  Federal Intelligence Service (Bundesnachrichtendienst, BND) headed by Bruno Kahl (lead image) joined with the Chancellery and other ministries in Berlin to provide the first official catalogue of the German government’s allegations in the case of Alexei Navalny.

This was published on November 19.  Press reporting in Germany has been scant; in Russian, the texts did not appear in translation until last week. In English, there has been almost no reporting at all.

Required to answer by a formal 76-point questionnaire presented to the German Government in the Bundestag  by deputies of the Alternative for Germany party (Alternative für Deutschland, AfD),  the combination of the questions and the Government’s answers reveals a catalogue of lies. By examining the fine print the extent of this lying becomes both obvious and shocking.

The full record of the questions and answers can be read in German here; the verbatim translation into Russian is available here.  For excerpts in English  and analysis, click to read.

The role of Maria Pevchikh
The German Federal Government pretends not to know anything about the water bottles and Maria Pevchikh as a source of evidence.

Question 38: Can the Federal Government confirm the media report that it was Maria Pevchikh who brought the water bottle to Berlin ?

Question 56: Is the information correct that Maria Pevchikh was on the rescue flight for Alexej Navalny from Omsk to Berlin?

Question 61: To the knowledge of the Federal Government, is Maria Pevchikh’s statement that she brought the contaminated water bottle with her to Berlin true?

Question 68: Can the Federal Government prove beyond any doubt, (a) that the water bottle which, according to video recordings, was seized by Alexej Navalny’s employees in the room in which he is said to have stayed, is the same bottle on which Novichok was later found; and (b) that the bottle on which the IPTB [Institute for Pharmacology and Toxicology of the German Army] found Novichok was already contaminated in the room in which Alexei Navalny is said to have stayed?

Left: Maria Pevchikh leaves ambulance B 283 to enter the Charité Clinic in Berlin on August 22, filmed by Ruptly   at Min 3:27:22. Right:  Eight seconds after Pevchikh, Navalny’s wife Yulia Navalnaya leaves the same ambulance to enter the hospital; she is holding two handbags – Min 3:27:30.  For more details, click to read.

This denial in unison of all knowledge must be a lie.  Who if not the Federal Government can have authorised the Bundeswehr (German Army) to transport Pevchikh in armed convoy to the Charité Clinic in Berlin? Who gave Pevchikh an exemption to enter Germany and not require her to be quarantined according to the standing Covid-19 rules? Who arranged for the Pevchikh evidence to be handed over to the IPTB?  That was certainly not the Charité’s own initiative. The instruction must have come from high above. And the decision to transfer Navalny´s blood and urine to the IPTB was most likely already made while the patient was still in the hospital’s solid-shell EpiShuttle unit.

Finally the government lets the cat out of the bag:

Question 66: Did the German investigation authorities question Maria Pevchikh – if not, why not – and, to the knowledge of the Federal Government, is the report true that she regularly visited Alexei Navalny in the hospital ?

Answer: An answer to the question must be omitted with regard to the ongoing mutual assistance requests. Despite the fundamental constitutional obligation of the Federal Government to meet the information requirements of the German Bundestag, the parliament’s interest in information takes second place to the specifically justified interests of secrecy in an ongoing request for legal assistance after careful consideration of the matters concerned. The interest of the general public in guaranteeing the proper functioning of criminal justice system is derived from the rule of law and therefore has constitutional status.

Take note that the AfD had only asked if Pevchikh was questioned, not what she was questioned about. However, the Government does not even want to provide this innocuous information.

This secret-mongering confirms, firstly, that Pevchikh was interviewed  by officials; secondly, that the Government knows exactly who brought the water bottles to Berlin; and thirdly, the Government will not acknowledge that it has verified whether Pevchikh told the truth or was lying.

The evidence of Novichok traces

Question 73: As far as the Federal Government is aware, in the Navalny case, apart from the water bottle, are there any other items with Novichok traces?
Answer: Yes.

How revealing this simple “yes” turns out to be. The “items” cannot be swabs from the palms of Navalny’s hands or samples of his blood and urine. Whatever  the items were – another unconfirmed possibility, Navalny’s laptop — they were on the plane to Berlin.

Chemical identification of the Novichok

Question 33: To the knowledge of the Federal Government, is the information correct that the Novichok, which the Institute for Pharmacology and Toxicology of the Bundeswehr in Munich has identified, is a variant ‘that is even more toxic than the substance with which the Russian ex-agent Sergei Skripal and his daughter were poisoned’”, is even ‘harder’than the Novichok connections known up to now ?

The answer is nonsense and makes a liar of BND chief Kahl, whom Der Spiegel named as its source: “The poison is even ‘harder’  than previous forms, explained the head of the Federal Intelligence Service (BND), Bruno Kahl, in a secret briefing last week.”

Neither Navalny , nor the Skripals were given Novichok. If they had been given Novichok they would be dead. President Putin confirmed that in his New Years Presser.

Germans parliamentarians are just suckers to the terrorists (US). Navalny just a 1euro clown buffoon

Novichok – Rubbed on the face or rubbed on the arse makes no matter, it’s still a big farce.

I once belched up a fur ball laced with the stuff. That’s how I know it’s not up to snuff.

But I’d never publicly admit to such things, as I’d never get my couch full of shillings.

A shill’s pay in shillings’ a just reward I’d say. Else it’d be just any old form of a pay. 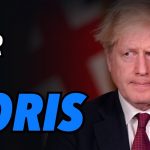 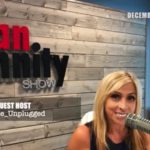