Authored by Pepe Escobar via The Asia Times

Future historians may register it as the day when usually unflappable Russian Foreign Minister Sergey Lavrov decided he had had enough:

Josep Borrell, the EU foreign policy chief, on an official visit to Moscow, had to take it on the chin.

Lavrov, always the perfect gentleman, added, “I hope that the strategic review that will take place soon will focus on the key interests of the European Union and that these talks will help to make our contacts more constructive.”

He was referring to the EU summit of heads of state and government at the European Council next month, where they will discuss Russia. Lavrov harbors no illusions the “unreliable partners” will behave like adults.

Yet something immensely intriguing can be found in Lavrov’s opening remarks in his meeting with Borrell: “The main problem we all face is the lack of normalcy in relations between Russia and the European Union – the two largest players in the Eurasian space. It is an unhealthy situation, which does not benefit anyone.”

The two largest players in the Eurasian space (italics mine). Let that sink in. We’ll be back to it in a moment.

As it stands, the EU seems irretrievably addicted to worsening the “unhealthy situation”. European Commission head Ursula von der Leyen memorably botched the Brussels vaccine game. Essentially, she sent Borrell to Moscow to ask for licensing rights for European firms to produce the Sputnik V vaccine – which will soon be approved by the EU.

And yet Eurocrats prefer to dabble in hysteria, promoting the antics of NATO asset and convicted fraudster Navalny – the Russian Guaido.

Meanwhile, on the other side of the Atlantic, under the cover of “strategic deterrence”, the head of the US STRATCOM, Admiral Charles Richard, casually let it slip that “there is a real possibility that a regional crisis with Russia or China could escalate quickly to a conflict involving nuclear weapons, if they perceived a conventional loss would threaten the regime or state.”

So the blame for the next – and final – war is already apportioned to the “destabilizing” behavior of Russia and China. It’s assumed they will be “losing” – and then, in a fit of rage, will go nuclear. The Pentagon will be no more than a victim; after all, claims Mr. STRATCOM, we are not “stuck in the Cold War”.

STRATCOM planners could do worse than read crack military analyst Andrei Martyanov, who for years has been on the forefront detailing how the new hypersonic paradigm – and not nuclear weapons – has changed the nature of warfare.

After a detailed technical discussion, Martyanov shows how “the United States simply has no good options currently. None. The less bad option, however, is to talk to Russians and not in terms of geopolitical BS and wet dreams that the United States, somehow, can convince Russia “to abandon” China – US has nothing, zero, to offer Russia to do so. But at least Russians and Americans may finally settle peacefully this “hegemony” BS between themselves and then convince China to finally sit as a Big Three at the table and finally decide how to run the world. This is the only chance for the US to stay relevant in the new world.”

As much as the chances are negligible of the EU getting a grip on the “unhealthy situation” with Russia, there’s no evidence what Martyanov outlined will be contemplated by the US Deep State.

The path ahead seems ineluctable: perpetual sanctions; perpetual NATO expansion alongside Russia’s borders; the build up of a ring of hostile states around Russia; perpetual US interference on Russian internal affairs – complete with an army of fifth columnists; perpetual, full spectrum information war.

Lavrov is increasingly making it crystal clear that Moscow expects nothing else. Facts on the ground, though, will keep accumulating.

Nordstream 2 will be finished – sanctions or no sanctions – and will supply much needed natural gas to Germany and the EU. Convicted fraudster Navalny – 1% of real “popularity” in Russia – will remain in jail. Citizens across the EU will get Sputnik V. The Russia-China strategic partnership will continue to solidify.

To understand how we have come to this unholy Russophobic mess, an essential road map is provided by Russian Conservatism, an exciting, new political philosophy study by Glenn Diesen, associate professor at University of Southeastern Norway, lecturer at Moscow’s Higher School of Economics, and one of my distinguished interlocutors in Moscow.

Diesen starts focusing on the essentials: geography, topography and history. Russia is a vast land power without enough access to the seas. Geography, he argues, conditions the foundations of “conservative policies defined by autocracy, an ambiguous and complex concept of nationalism, and the enduring role of the Orthodox Church” – something that implies resistance to “radical secularism”.

It’s always crucial to remember that Russia has no natural defensible borders; it has been invaded or occupied by Swedes, Poles, Lithuanians, the Mongol Golden Horde, Crimean Tatars and Napoleon. Not to mention the immensely bloody Nazi invasion.

What’s in a word? Everything: “security”, in Russian, is byezopasnost. That happens to be a negative, as byez means “without” and opasnost means “danger”.

Russia’s complex, unique historical make-up always presented serious problems. Yes, there was close affinity with the Byzantine empire. But if Russia “claimed transfer of imperial authority from Constantinople it would be forced to conquer it.” And to claim the successor, role and heritage of the Golden Horde would relegate Russia to the status of an Asiatic power only.

On the Russian path to modernization, the Mongol invasion provoked not only a geographical schism, but left its imprint on politics:  “Autocracy became a necessity following the Mongol legacy and the establishment of Russia as an Eurasian empire with a vast and poorly connected geographical expanse”.

Russia is all about East meets West. Diesen reminds us how Nikolai Berdyaev, one of the leading 20th century conservatives, already nailed it in 1947: “The inconsistency and complexity of the Russian soul may be due to the fact that in Russia two streams of world history – East and West – jostle and influence one another (…) Russia is a complete section of the world – a colossal East West.”

The Trans-Siberian railroad, built to solidify the internal cohesion of the Russian empire and to project power in Asia, was a major game-changer: “With Russian agricultural settlements expanding to the east, Russia was increasingly replacing the ancient roads who had previously controlled and connected Eurasia.”

It’s fascinating to watch how the development of Russian economics ended up on Mackinder’s Heartland theory – according to which control of the world required control of the Eurasian supercontinent. What terrified Mackinder is that Russian railways connecting Eurasia would undermine the whole power structure of Britain as a maritime empire.

I think this article isn’t whole. A fragment.

Leaves a lot of room for thought and research.History will show the way, or at least where not to go again. 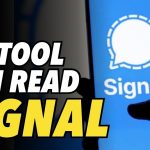 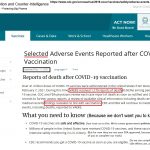