In a continuing cold war, America is already on the back foot. We have yet to see how long it will be before the Biden administration realises its few victories will be unaffordably Pyrrhic, and by merely not responding to American provocation the Chinese/Russian partnership will emerge as the victors.

Halford Mackinder’s century-old vision of a Eurasian superstate, based between the Volga and the Yangtse, is becoming reality. Commentators usually fail to understand why; it is not due to military superiority, but down to simple economics. While the US economy suffers a post-lockdown inflationary outcome and an existential crisis for the dollar, China’s economy will boom on the back of increasing domestic consumption, which is an official government objective; and increasing exports, the consequence of America’s stimulation of consumer demand and a soaring budget deficit.

The Chinese-Russian partnership already dominates or controls Mackinder’s World Island, defined as Eurasia and all Africa. South-east Asian nations notionally in the US’s sphere of influence are firmly tied to the partnership’s economy, and the overland and sea silk roads similarly bind the EU and the Indian and Western Pacific Oceans’ states respectively. It amounts to over half the world’s population no longer sharing the economic and currency interests of 328 million Americans.

This article summarises the background to the geopolitical situation facing the Biden administration before concluding that in the current cold war against the combined power of Russia and China, America will fail in its political objectives, not through lack of military power, but due to economic forces.

Now that the Biden administration has settled in, it is time to reassess American policy towards Russia, China and the wider Asian scene. Is it going to be a continuation of the Trump administration’s policies, or is there something new going on? Given the continued tenure of staffers at the Pentagon from before the Trump presidency, it seems unlikely there will be much in the way of détente: it is game-on for the cold war to continue.

Before delving into geopolitics, we must be careful to define a neutral position from which to observe developments. You cannot be objective in these matters if you justify an uninvited invasion of a foreign territory to take out a proclaimed public enemy, as America did with Osama Bin Laden and then condemn Russia for attempting to murder an ex-KGB officer living in Salisbury, or for that matter the dismembering of a journalist in the Saudi Embassy in Turkey. You must be aware that it is an established part of what Kipling called The Great Game, and always has been.

Acts of this type are the product of states and their agents acting above any laws and are therefore permitted to ignore them. We must dismiss from our minds the concept that there are good and bad guys — when it comes to foreign operations, they all behave the same way. We must dismiss nationalistic justifications. Nor can we believe propaganda from any state when it comes to geopolitics, and particularly in a cold war. Know that our news is carefully managed for us. As far as possible we must work from facts and use reasoned deduction.

We are now equipped to ask an important question: the US status quo, with its dollar hegemony is seen by the new Biden administration as an unchallengeable right, and its position as the world’s hegemon is vital for… what? The benefit of the world, or the benefit of the US at the world’s expense? To answer this, we must consider it from the point of view of the US military and intelligence complex.

The problem facing us is that the Pentagon became fully institutionalised in managing America’s external security following the second world war. When the Soviets extended their sphere of influence into the three great undeveloped continents, Asia, Africa and South America, there was a case for defending capitalism and freedom — or at least freedom in an American sense by keeping minor nations on side. This was done by fair means and often foul for expediency’s sake.

But the fall of the Berlin Wall and the death of Mao Zedong made the American military and intelligence functions largely superfluous, other than matters more directly related to national defence. But it is in the nature of government departments and their private sector contractors to do everything in their power to retain both influence and budgets, and the argument that new threats will arise is always hard for politicians to resist. And what do the statists in a government department do when they have secured their survival? Their retention of power without real purpose descends into alternative military objectives. And from the first Bush president, they were all firmly on-message.

President Trump was the first president for some time not to start military engaements abroad. His attempts to wind down foreign operations were strongly resisted by defence and intelligence services. And his efforts to obtain a détente with North Korea were met with disdain — even horror at Langley.

Whatever the truth in these matters, it is highly unlikely that the power conferred by the ability to initiate unchallengeable cover-ups, information management, subversion of foreign states and secret intelligence operations is not abused. The proliferation and traction of conspiracy theories, attributed in their origin to Russian cyber-attacks and disinformation, is a consequence of one’s own government continually bending the truth to the point where large sections of the population begin to believe it is its own government’s propaganda.

This brings us to the change in administration. As a senator, Biden had interests in foreign affairs dating back to the late 1970s and was on the Senate Foreign Relations Committee from 1997 and subsequently became its chairman. As such a long-standing politician in this field it is almost certain that the Pentagon establishment regards Biden as a safe pair of hands; in other words, a president who is likely to support Langley’s role in setting geopolitical and defence priorities. Surely, for them this is a welcome change from the off-message President Trump.

Policies to contain the Russian threat

Despite the Navalny affair, Putin is still unchallengeable as Russian leader, having emerged from the post-Soviet turmoil where chaos and organised crime were the order of the day. No western leader has had such a tough political background and Putin is a survivor, a strongman firmly in control. This matters for America and NATO with respect to policies in Ukraine, the Caucasus, Syria, Iran and Turkey. Any attempt by America to complete unfinished business in Ukraine (a triparty scrap involving Russia, Germany/EU and the US over the Nord Stream pipelines depriving Ukraine of transition revenues is already brewing) is likely to lead to confrontations with Russia on the ground. And Russia signed a military cooperation pact with Iran in 2015. Like a cat with a mouse, Putin is playing with Turkey, interested in laying pipelines to southern Europe, and getting it to drift out of NATO. Russia’s interest in Syria is to keep it out of America’s sphere of influence, which with Turkey’s help it has managed to do.

For some time, military analysts have been telling us that we are now in a cyber war with Russia, accusing it of interfering in elections and promoting conspiracy theories — the US presidential election last November being the most recent assertion. As with all these allegations there is no proof offered, just statements from government sources which have a track record of being economical with the truth. Whatever the truth may be, cyber wars are closely intertwined with propaganda…

Some people don’t see the forest for the trees.

Thanks to whoever made Uncle Joe sign whatever the US is having a major conflict brewing right at their southern border. No time for rulingvthe world when your house is on fire.

Pfft, that lot can’t even see the trees for all the nuts in their midst.

Biden’s turned into a lame horse minutes after leaving the gate. 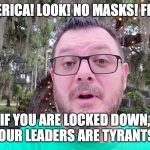