Recent court documents have indicated that the Federal Bureau of Investigation (FBI) possesses a tool allowing them to access encrypted messages on the Signal app. Signal has rapidly gained in popularity as Silicon Valley monopolists have grown more openly hostile to free speech, but the platform may be vulnerable to backdoors that undermine the privacy protections provided through the encrypted messaging service.

Signal is a government op
Signal was created and funded by a CIA spinoff. It is not your friend.

Signal – the privacy chat app favored by the world’s leading crypto experts – is trending again. In the wake of Twitter and Facebook’s MAGA Maidan Internet purge (which was followed by Facebook’s announcement that it was gonna start siphoning data off its WhatsApp property), Signal shot up to being the top downloaded messenger app on the planet.

Well … I imagine after hearing such a claim that the FBI (and therefore every other US security agency) can ‘read’ encrypted Signal private messages, given the app is ‘open-source’, quite a few cryptographers will be checking the code for any back-doors to decryption of messages.

This is all very well but there are pressing concerns about the vaccine safety.

Families should be aware of the risks highlighted here:

My companion is making $77 hourly at the PC . He has been laid off from work 5 months prior, yet a month ago he rounded up $10258 by simply telecommuting with program he discovered on the web. This is the thing that he does… Give it a shot yourself…Visit Now… https://bit.ly/39JrDqt

Signal would not get money from the alphabet agencies if they didn’t have a trap door to come through. NSA can read every kind of electronic communication there is. 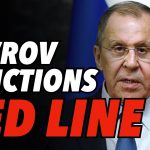 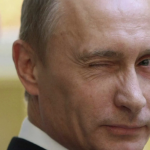