Cristina Laila reported on the explosive video that was revealed during the Georgia ballot counting at the State Farm Arena where crooked Democrats pulled out suitcases full of ballots and began counting those ballots without election monitors in the room.

As you can see from the trump team video one woman in a purple top was filmed helping pull out the ballots and then sitting down to count the ballots.

That woman has now been identified.

Local 11 News covered the story from the State Farm Arena that a pipe had burst. You can see Ruby Freemen towards the end of her video.
(This later was proven to be complete fraud and an excuse to kick out the GOP election observers!)

Her name is Ruby Freeman.

And she made the mistake of advertising her purse on her desk the same night she was involved in voter fraud on a MASSIVE SCALE.

Her T-shirt says “Lady Ruby” and her purse says, “LaRuby” which is her company.
This was not a very smart move.

It’s on her LinkedIn page!

Would these ‘ruby red slippers’ be inclined to engage in voter fraud?

Was the Pope once Polish?

The question is, will she live long enough to be questioned?

“RUUUUUU BEEEE, DON’T BRING YOUR CHEATIN TO TOWN!” So this is what a criminal voter fraud trash scum crook looks like! I bet her cold cold dishonest heart returns to the ground, slithering back to her hell hole!

She needs 24/7 Bodyguard protection or else she will die unexpectedly before she can testify.

She might have to give up the beach house she and her daughter recently bought! 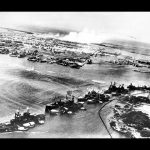