Fox News purge: Political editor Chris Stirewalt – who was part of the election team that called Arizona for Biden – is laid off alongside almost 20 other digital staffers

Chris Stirewalt, a political editor who had been with Fox News for more than a decade, is among the staffers laid off He was part of Fox’s election night team that called Arizona for Joe Biden before other networks, in a move that infuriated Donald Trump and his supporters In

All the time Juan Williams was the REAL representative of Fox. Not Greg Gutfield, not Tucker … not Sean Hannity … but Juan. So SCREW THEM. I haven’t watched a Fox video since the election.

Too late, the Trumpettes are doxing Fox as we speak. Doxing, the new thing the Democrats inherited from their close ties to Banderastan, now hitting home.

In the old days they used to be called purges. Pogroms even. Funny how language evolves to fit the occasion.

Stopped watching Fox before the election.
With Paul Ryan at the helm with the Murdoch brothers–No thank you.

Next target, all Republicans who didn’t stand with Trump. It will be a bloodbath. The primaries are only 1 1/2 years away. Campaigns will start in about 9 months. Get to work patriots. Go for the throat. Include all the State level politicians in the swing States. Especially, let us remember the majority leaders of the State legislatures who sat by and did nothing and even blocked the Republicans who wanted to invalidate their electors.

FOX betrayed the Trump-/Patriot Republicans! They lost any creditablity for all times! How ever, half the Republican party (the corrupt side) also betrayed its own pricipals. It is time to split the party and start a new movement, based on the will of the people and not on the olibarchs and plutocrats!

I’m sure that top Fox executives will be comfortably financially cushioned from the collapse of Fox ratings. Selling one’s soul can be profitable.

It is clear you cannot be trusted. Period. Case closed

Whoever decided to wait to SHOUT out the Hunter criminal acts until just before the election, not earlier where the info could reach a much larger audience…..was the problem. 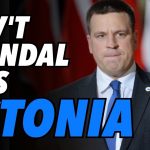 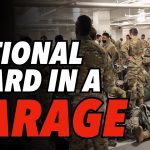