Upon the announcement this week that Qatar-based Al Jazeera plans to open a US conservative news platform it seemed the near universal reaction on social media was to say simply, weird. “Al Jazeera, the Qatar-based news network that has previously sought to become a liberal media force in the US, is launching a platform to target conservatives, it was revealed on Tuesday,” The Guardian reports.

Brenda A. Arsenault
Rate this article :

I earned $35000 in the ultimate month by using online only for 5 to 8 hours on my computer and this was so smooth that I personally couldn’t accept it as true before working on this website. if you too need to earn this sort of huge cash then come and be part of us. do this internet-website online…..—–> https://bit.ly/3rgMKrL

Aljazeera should be more worried about its own problems in trying to portray despotic Arab Kingdoms. The US already has more than enough right wing nutters running wild.

looking fresh and nicely groomed. and brings journalism back to a good and honorable profession 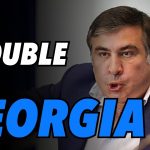 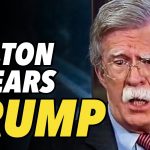