Juri Ratas, the Prime Minister of Estonia, announced on Wednesday that he will stand down from the role amid a row over state-backed loans and government contracts, which were allegedly offered to political donors. In a Facebook post, Ratas said that he “made a value-based decision to resign from office over the situation.”

It’s the same story which many U.K. citizens felt, which led to the vote to leave the EU. The Man on the Clapham Omnibus felt more detached from the government which it elected, because they in turn were looking more at Brussels than they were at what was happening under their noses. It’s far too early to say whether Brexit will actually work, at present we have a bunch of carrots in government who are only fit for being fed to donkeys. We need to get people in power who will be dynamic, forward thinking and with the guts to… Read more »

Well said, Fran. After years of being willing apparatchiks for the European Commission UK politicians have lost the ability to govern with principle and vision. Post Brexit they no longer have the excuse of blaming the EU for unworkable policies. They have to stand on their own two feet, but we now find that they have been hobbled, A cadre of weak, unprincipled and spineless politicians has been spawned whose principle concern is for their own careers. I think we should take Johnson’s catastrophic strategy over covid as a paradigm for this. He prefers to listen to SAGE advice (a… Read more »

The pattern is clear. People are becoming increasingly aware that their governments do not represent them. Globalists take care of their own interests, and the people be damned. The EU is a globalist enterprise which seeks to destroy national sovereignty in order to forge a supranational globalist state in which citizens are useful only as a tax-payers subserving the European elite. Damn these sociopathic snakes all to hell.

Could it be Biden was paying him this time, instead of the other way around?

What’s the deal with resignations? In America a politician can steal virtually any amount of money regularly over their careers no matter how long they may be and even when caught or implicated in a theft of public money they just say…I take responsibility, ect. ect. and no penalty, no loss of position, no negative impact whatsoever. They just go on stealing.

Every once in a blue moon, there’s a show trial for low hanging fruit.. 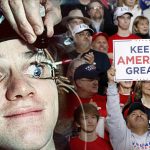 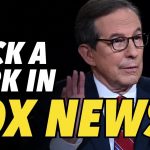