Fox News’ Popularity Slips Among Republicans in Wake of Election

Fox News’ Popularity Slips Among Republicans in Wake of Election

As President Donald Trump continues to criticize the network for its coverage of the election, Morning Consult Brand Intelligence data from Nov. 9-16 shows the network’s average favorability rating among GOP respondents has dropped 13 percentage points, to 54%, and the average share of those with an unfavorable view of the network nearly doubled, to 30%.

When the Mid West realises they have been led up the garden path, lost 58K soldiers in

fascist criminals allied with The City of London they will not rest….

The mid-West and Mid-South have realized it for a while – That’s why the Army has gone to offering short cuts to citizenship to illegals that join. They can’t meet their quotas anymore.
Worse for them – With Biden winning the senior NCO’s (the folk that really run the services) know more wars and deployments are on the horizon and are putting in for retirement asap.

This reaction was the Murdoch wife tweeting “We did it!”. Who’s a clever girl then? 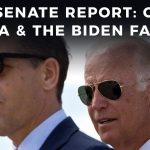 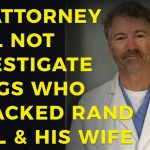