“I, DONALD J. TRUMP, President of the United States of America, find that the ability of persons located, in whole or in substantial part, outside the United States to interfere in or undermine public confidence in United States elections, including through the unauthorized accessing of election and campaign infrastructure or the covert distribution of propaganda and disinformation, constitutes an unusual and extraordinary threat to the national security and foreign policy of the United States,” the president declared.

“Not later than 45 days after the conclusion of a United States election, the Director of National Intelligence, in consultation with the heads of any other appropriate executive departments and agencies (agencies), shall conduct an assessment of any information indicating that a foreign government, or any person acting as an agent of or on behalf of a foreign government, has acted with the intent or purpose of interfering in that election,” the executive order continues. “The assessment shall identify, to the maximum extent ascertainable, the nature of any foreign interference and any methods employed to execute it, the persons involved, and the foreign government or governments that authorized, directed, sponsored, or supported it.”

Dominion software has connections to Germany, Spain, Venezula, the CCP and George Soros.

A Canadian Free Press article by By Kelly OConnell explains the connections between George Soros and Lord Mark Malloch Brown owner of Smartmatic.

“Stunning Facts: Lord Mark Malloch Brown, a George Soros lieutenant, whose company Smartmatic, is intimately tied to Dominion Voting Systems who flipped votes from Trump to Biden. Brown was also named UN #2 – Deputy Secretary General on March 3rd,  2006, and also former VP of the World Bank. His machine was used in all the swing states. Could this help explain the MI 200,000 vote sudden dump of Biden ballots, while WI got 100,000 late night delivery? ”

Here is an interesting look at one of the unintended consequences of Donald Trump’s defeat:

There are often unintended consequences to the actions that governments take but rarely do they occur before an administration actually takes office. 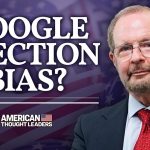 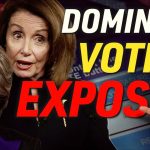