I found this very interesting.

This is a fascinating video by a gentleman named Doug Tennapel, who also found this to be very interesting. It shows examples of the immense amount of prophecy and prayer surrounding Donald Trump as President, even pointing out the movement Mr. Trump appears to have made towards a deeper faith in, and obedience to, God. This I have seen show up repeatedly in the President’s speeches, as his repeated affirmation of this nation as being “under God”, “blessed by God” and so on has only increased during the tumultuous four years of his (first?) term.

While, as an Orthodox Christian, I am guided not to treat modern-day prophecy with the fervor some folks from other confessions of Christianity have (we are taught, in fact, to generally reject events that appear to come from God, due to our own weakness and ability to delude ourselves), there are some interesting and even compelling patterns that seem to be occurring in prophetic clips that come not only from religious leaders, but from the likes of Ronald Reagan in his early days of politics (when TV was in black and white much of the time).

Here are some of the points that caught my attention, with their timestamps in the video, and comment:

The video goes on, and again, it is extremely compelling. Could it apply to Biden? Sure. Biden is hardly a man of prayer now; he is a secularized man, super liberal, super spineless and living in the liberal concept of Roman Catholicism, which is “oh, isn’t it nice? He goes to Church on Sunday and receives communion (though he supports abortion, boys being able to go into girls’ bathrooms in school and so on – interesting that Chuck Schumer also supports this*)

So, maybe Mr. Biden could have a radical Christ experience. Nothing is impossible with God. However, the line of thought here seems to be that Trump will find his second term (though maybe not consecutive) and that his time will be marked as it has been thus far – a lion for the Kingdom of God; a truth-teller to power, earning the hate of many, and yet, unstoppable.

In general, prophecies usually do not find their confirmation until after the event prophesied comes to pass. Further, some have written elsewhere that in the Orthodox Christian world, God has never made prophecies about the United States through His faithful in the Orthodox Church, a claim which is certainly not true, as St Ignatius of Harbin offered “what began in Russia will end in America” – though the fullness of that prophecy is not entirely understood.

Believers need to pray and wait. Those who do not believe – well, that is fine, but you are invited warmly to come and see for yourselves if you wish. There is plenty of room, and an honest unbeliever is worth many dishonest believers, at least the way I see it. A dishonest believer will block the way to God. An honest unbeliever may find himself or herself standing in God’s presence, going right from unbeliever to one who knows God. It has happened before.

One thing that does ring very true to me, personally, is that the people depicted in this video state very clearly that God is sovereign over everything. He is doing what must be done and he is acting in our world. This, I would propose is very evident: Look at all the aggregates of newspieces around the world and here on The Duran itself – even my own pieces are included in this! that are dire, full of doom and gloom… but that doom and gloom never quite materializes the way we say it will. What is that other than the Lord’s mercy? Our logic is pretty good, but thank God, the world is not operating by human logic alone.

In one way or another, His grace is with us. The only question is how do we respond to this?

Was Trump in “God’s grace” when he assinnated Gen Soleimani? When he recognised Jerusalem as the “capital” of Israhell? When he provokes China?
Or maybe he is in the Devil’s grace?

Following on from what Sean said, how about the sanctions on Iran and Syria, sanctions that are causing the deaths of thousands. Then there are the lies about Holy Mother Russia, a nation nearer to what we think of as God than the US has ever been. There are many in high places in the US who profess to be Christian, yet their behaviour shows them to be hypocrites. What is at stake here are the lives of the American people, the Republic and the Constitution. Trump vs Biden is a sideshow to what is really happening.

Where in the bible is there reference to God mentioning Trumps name ??? L.O.L. Talk about delusional. No wonder the U.S. is fast going down the gurgler. 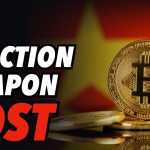 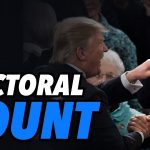