The Department of Justice (DOJ) inspector general is opening an investigation into whether any current or former DOJ employees engaged in efforts to “alter the outcome of the 2020 Presidential Election,” DOJ Inspector General Michael E. Horowitz announced on Monday.

“The investigation will encompass all relevant allegations that may arise that are within the scope of the OIG’s jurisdiction,” the statement read.

Horowitz reiterated that the Office of the Inspector General has jurisdiction to investigate the allegations but added that it does “not extend to allegations against other government officials.”

“The OIG is making this statement, consistent with DOJ policy, to reassure the public that an appropriate agency is investigating the allegations,” Horowitz’s statement said, adding that there will be no further comments until the investigation comes to completion:

The announcement follows a report from the New York Times last week that alleged that a DOJ lawyer “had devised a plan with President Donald J. Trump to oust Jeffrey A. Rosen as acting attorney general and wield the department’s power to force Georgia state lawmakers to overturn its presidential election results”:

The unassuming lawyer who worked on the plan, Jeffrey Clark, had been devising ways to cast doubt on the election results and to bolster Mr. Trump’s continuing legal battles and the pressure on Georgia politicians. Because Mr. Rosen had refused the president’s entreaties to carry out those plans, Mr. Trump was about to decide whether to fire Mr. Rosen and replace him with Mr. Clark.

Department officials apparently determined, among themselves, that they would resign if Trump dismissed Rosen.

Clark, however, denied the specific report that he formulated a plan to remove Rosen from his position or “formulate[d] recommendations for action based on factual inaccuracies gleaned from the internet.”

“My practice is to rely on sworn testimony to assess disputed factual claims,” Clark said, according to the Times. He did acknowledge that there was a “candid discussion of options and pros and cons with the president” and added that it is “unfortunate that those who were part of a privileged legal conversation would comment in public about such internal deliberations, while also distorting any discussions.”

Former President Trump did not comment on the Times’s report.

2 hour podcast from this guy in PA…plays some good music….and identifies the critical issues.

Oh yes, and the DOJ is well known to be incorruptible and impartial. (in your dreams) 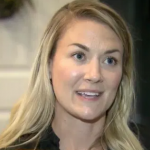 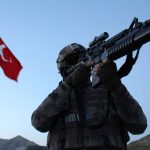