The lawsuit is the highest-profile case the US has brought against a tech company since the government went after Microsoft in the 1990s.

The US Department of Justice on Tuesday filed a landmark lawsuit against Google that accuses the tech giant of illegally holding monopolies in search and search advertising, the culmination of a more than yearlong investigation into alleged anticompetitive practices at the company, and the first such antitrust case in the tech world in decades.

Google and Twitter are aligned with the scum we have in Europe.

The BBC is in league with this criminal cabal.

The whole cohort are serial liars and are complicit in global criminal enterprise.

Something we are going to have to learn to understand is how and what these technologies are. It is the inability to understand the networking effect of these technologies that causes and makes them get away with monopoly as well as makes defending against their abuse immensely difficult. I believe we need to think in terms of making technology companies “utilities”, i.e., services that have to blindly provide their services to anyone who wants to consume them and that they have to do so in an interoperable and transparent manner.

Just think of the insanity that the biggest and most powerful tech companies in human history are controlled by at least foreign allied people who hate Americans. 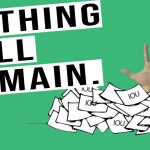 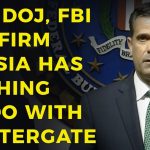