The evidence that welfare does indeed breed poverty is superficially compelling, but a closer look reveals this not to be so.  In the United States, this issue has been heavily racialised. Left wing extremists claim blacks are held down by the racist system, while many of those at the other end see them getting hand-outs and free stuff galore.

What has really been happening is the breakdown of society; this started with urban blacks but has been spreading to other groups. It isn’t welfare per se that is the problem, but the fact that welfare comes with strings, in particular it is means-tested. Unlike corporate welfare.  After it was revealed that Black Lives Matter co-founder Patrisse Cullors had been quietly building a property portfolio, accountant Jayson Thornton explained this in some detail. While this type of corporate welfare is more akin to fraud, people like Jimmy Dore argue that all corporate welfare is fraud by another name. It comes in many forms, for example, Chelsea Clinton has had a series of no-show jobs including for NBC News.

On a much grander scale, corporate lobbyists pressurise or bribe politicians to ensure their clients receive tax breaks or even subsidies. Those with longer memories will remember the financial crisis of 2008. Although many businesses went under, and a few bankers actually ended up behind bars, a massive bailout was organised for the big financial institutions. Only ordinary people lost their homes.

Currently, the United States is experiencing a bizarre problem, there is a shortage of labour alongside a record number of unemployed. We are told this is because these people can make more simply by taking the enhanced unemployment that has been handed out due to the COVID lockdowns, and doing a bit of casual work on the side. The solution to this is Universal Basic Income which destroys the poverty trap. Clearly, no government can simply print money and hand it out because without a corresponding increase in goods and services, this will simply cause inflation. But putting money directly into the hands of ordinary people is far more effective that bailing out banks because it stimulates production, especially at the local level. Ordinary people spend a much larger percentage of their incomes on day to day needs while the wealthy tend to invest their capital.

A measured and candid over view of current affairs:

Here is an article that looks at the links between the World Economic Forum and a universal basic income:

If there’s one thing that we can assure ourselves of it’s that a Universal Basic Income is coming whether we like the idea or not.  It is a very clear cut way that governments can control their citizens; if they don’t like your behaviour or beliefs, they are in control of your monthly government stipend.  It is also a way to ensure that the serf class remains where it is, as a source of labour for the ruling class. 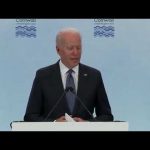 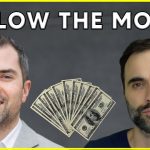