What does the name Michael Brown mean to you? If you follow American politics, you may remember him as the teenager shot dead by police officer Darren Wilson in Ferguson, Missouri on August 9, 2014. Black Lives Matter made a lot of noise over that killing, which was of course blamed on racism.

They and their fellow travellers will make little if any noise about another Michael Brown. This fifteen year old Chicago schoolboy was shot dead by another teenager. Anthony Brown (apparently no relation) has been charged with murder as an adult. The victim was walking home from school when he was shot in the head, then shot another nine times as he fell to the ground. Why? Because…

At the time of this senseless murder, Anthony Brown was out on bond charged with multiple offences. This is nothing new for the Windy City where 40 people accused of attempted murder, 90 of actual murder, and 852 charged with aggravated gun possession are, not behind bars, but out on bond awaiting trial, wearing ankle monitors.

The murder has been covered by the local media though not by much else, but one person who won’t let it go is AK Nation whose two YouTube channels report on such crimes. His live hangout channel has around 21k subscribers. All are welcome (including Glacier Gliders). His other channel has over 40k subscribers.

Another, much smaller channel is run by a much younger dude. Black Gen Z Mindset has only 1.77k subscribers at the moment but is growing rapidly. He is a frequent guest on AK’s channel.

So clearly it wasn’t racism that caused the murder of  the young Michael Brown. What about this drive-by shooting in The Bronx?

No. Poverty then. How poor can this guy be if he can afford a car and a gun?

Of course, if a psychopath can’t afford a gun, knives are cheap. Dorothy Clark-Rozier was stabbed in the back by an apparently random attacker; she wasn’t robbed, just murdered. The victim was a fifty year old woman; she was walking to work early morning in New York. A man has been arrested. Black Gen Z Mindset covers the case around 10 minutes into this video.

These two men – AK Nation and Black Gen Z Mindset – are the most important black political commentators on YouTube, and arguably two of the most important per se. People, especially Americans, need to subscribe to them and listen to them rather than to the politically correct “woke” morons of the administration that is currently turning the once mighty United States into a third rate banana republic. 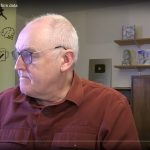 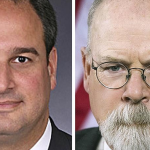