Via The Irish Times (https://www.irishtimes.com/news/world/uk/joe-biden-warns-britain-the-belfast-agreement-cannot-become-casualty-of-brexit-1.4356187)…

US presidential candidate Joe Biden has warned Britain that the Belfast Agreement cannot become “a casualty of Brexit, ” as he stressed that a trade deal with the United States is contingent upon the agreement being upheld.

In his first comments on the deepening controversy over the British government’s move to introduce domestic legislation that overrides some of the commitments made in the withdrawal agreement with the European Union last year, Mr Biden warned.

“We can’t allow the Good Friday Agreement that brought peace to Northern Ireland to become a casualty of Brexit. Any trade deal between the US and UK must be contingent upon respect for the Agreement and preventing the return of a hard border. Period.”

His intervention on Twitter is likely to put further pressure on the government of Boris Johnson over the controversial move, amid alarm on Capitol Hill about the latest Brexit developments and their implications for Northern Ireland.

Welcome back Joe. Seriously though this isn’t news. The Good Friday Agreement and Bexit isn’t news as these were stumbling points since 2016 and doubtless will be the bane of Westminster for years to come. It is one big hen come home to roost in Westminster and rightfully so. While I’m no fan of the EU who are just as dictatorial as Westminster (peas in a pod) and would actually be happy to see it fracture, the reality of the good friday agreement was one of greed and hubris. Westminster wanted Ireland for labour and resource, but cared nothing for… Read more »

A while ago Hillary Clinton was reported to be seeking to purchase a residence in Northern Ireland.

Does Old sleepy/creepy Joe know where Belfast is?? Or does he even know where Ireland is??

Watch out for this one, Alex, and stay safe! https://www.severe-weather.eu/mcd/medicane-ianos-greece-mk/

Looks like it will have more impact than creepy Despacito Joe.

So this is not meddling, got it.

FFS Hawaii. This is comedy. Anything Religious, Political or in anyway authoritarian, santimonious and pretentious in met with ridicule, p*ss take and gross irreverence over here. This is for want of phrase a nothing burger. As David said Joe hasn’t a clue and has merely repeated a Hillary spiel. 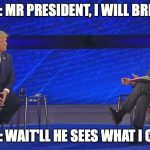 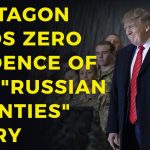