The U.K. and Japan on Friday agreed in principle to a trade deal, in a move that sees the U.K. strike its first major agreement post-Brexit.

The announcement, which the U.K. hailed as a “historic moment,” comes as Britain struggles to secure an agreement with its closest trading partners in the European Union.

Britain’s trade department said U.K. businesses would benefit from tariff-free trade on 99% of exports to Japan. It also suggested the deal would see the country increase trade with Japan by £15.2 billion ($19.5 billion).

The deal will include digital and data provisions that go “far beyond” the EU-Japan deal, Britain claimed, enabling the “free flow of data whilst maintaining high standards of protection for personal data.”

The tentative agreement, which will require the approval of both the U.K. and Japanese parliaments, is scheduled to come into the force at the end of the year.

“This is a historic moment for the UK and Japan as our first major post-Brexit trade deal,” Liz Truss, U.K. international trade secretary, said in a statement. 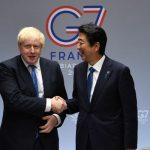 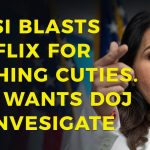