On May 19, the US Congress approved a bill banning the US administration from defining Crimea as a legal part of the Russian Federation. This is not surprising: denial of the legality of the Crimean referendum by the countries of the “collective West” is another card in the global game of confrontation between these countries and Russia. But is the persistent application of this trump card justified in the reality in which Crimea will never become Ukrainian again?

Washington’s aspirations to hold Russia accountable for violating Ukraine’s territorial integrity, interfering in its internal affairs and abuse of power are regularly exposed by Russian government officials as meaningless. Gradually, Western politicians began to join the assertions about the legality of Crimea’s entry into Russia. For example, the position on the full legality of the referendum is supported by deputies of the German Bundestag from the Alternative for Germany party. Waldemar Gerdt recently announced that the referendum was held in accordance with the norms of international law, and the recognition of this fact by Western countries is only a matter of replacing the political elites existing in Europe. Gunnar Lindemann, who took part as an observer during the referendum in 2014 and during the voting on amendments to the Constitution of the Russian Federation, often speaks about the fact that “Crimea is Russian”.

A round table was held in the Crimea in march, with the participation of a delegation of Chinese businessmen interested in cooperation with Crimean enterprises, and this also speaks volumes. The Verkhovna Rada became worried about this, saying that against the background of the scandal with the Ukrainian Motor Sich enterprise, China could change its position on Crimea from neutral to positive. For this reason, members of the Beijing Export-Import Commission arrived in Crimea “to establish partnerships”.

It should be noted that holding of the referendum did not contradict the Constitution of Ukraine, since in the absence of a legally elected government in Ukraine at that time, the Crimean people took advantage of the right to self-determination provided by the UN Charter, as well as to the establishment, according to the people’s will, of political status and free provision of cultural and socio-economic development. The results of the referendum fully corresponded to the will of the people and amounted to 96.7% of the votes in support for the entry of the Crimea into the Russian Federation. The majority of ethnic composition of the peninsula is made up of Russians, the Russian language has always been the main means of communication among the Crimeans. Historically, Crimea has always belonged to Russia – it developed as a part of the Russian Empire, then – the USSR. The Ukrainian SSR was transferred in 1954, then, since 1991, it became a part of the independent Ukraine.

Another important fact, rarely covered by the Western media, but of no small importance: Ukraine violated the Crimean sovereignty back in the 1990s. In January 1991, a referendum was held in Crimea with a turnout of more than 83%, as a result of which the Autonomous Soviet Socialist Republic was formed within the USSR. On May 5, 1992, the Supreme Soviet of Crimea adopted a declaration on state sovereignty. But in 1995, the Verkhovna Rada of Ukraine canceled all the normative acts of Crimea, including the Constitution. Thus, de facto for the last decades, Crimea was an illegally occupied territory by Ukraine.

It is clear that it is unprofitable for the countries of the Western world to recognize such a point of view, fully substantiated legally. However, a more global constant in this issue – the line of behavior of the United States in the course of confrontation with Russia – is beginning to cause concern even among the American press.

In an article by the conservative publication The National Interest, published under the catchy headline “America, Crimea and the dangers of hypocrisy,” the author poses a logical question: why does the United States recognize Israel’s sovereignty over the Golan Heights, proclaimed unilaterally in 1981, which was preceded by its illegal occupation and annexation? Where are the tough sanctions against Turkey related to the seizure of the territory of Northern Cyprus by this Middle Eastern state in 1974?

The blatant policy of double standards pursued by the United States is a sign of unfair play, which over time is increasingly recognized by the American community itself. With the strengthening of the Russian-Chinese partnership, such actions are threatened with gradual failure. Indeed, according to the direct assertion of the NI correspondents, “the current rigid stance regarding Crimea makes no sense from a practical standpoint either. U.S. leaders need to accept the reality that Russia will not relinquish Crimea”.

As I commented at the time to those pushing for the “de-occupation” of Crimea and its incorporation into a rump Ukraine: “Take a large basalt rock and place it prominently in your garden. Water it for one hour everyday for the rest of your life, having your children and then their children carry on the process after your passing.Have successive generations carry out the task for thousands of years until the rock is reduced to a grain of sand……At the end of this time , Crimea will still be Russian”

I would suggest granite over basalt. Or better yet, obsidian – as it can easily cut those who seek to manipulate it.

Why Does Basalt Weather Faster Than Granite?
https://sciencing.com/why-does-basalt-weather-faster-than-granite-13406864.html

In the simplest of terms, Crimea was to Ukraine what Slovenia was to Yugoslavia and Donbass is to Ukraine as Kosovo is to Serbia. In the more complex of terms, because of the illegal coup of 2014 and in the case of Crimea’s previous referendum history and autonomous status and subsequent war crimes of the Kievan junta against the civilian population, both Crimea and the Donbass current status carry more inherent legitimacy than that which the US et. al. declared ‘legitimate’. Certain inconvenient yet inevitable truths may take years to surface to general consciousness but their rise is just that,… Read more »

It’s pretty clear that Crimea should have been reincorporated into Russia in 1991, but for the chaotic rapidity of events at that time. It’s also pretty clear that the US and its junior geopolitical partners are acting out of the same bad faith as they did when promising to not expand NATO ‘one inch to the East’ in return for a green light on German reunification. It’s a sad state of affairs when not Russia but its antagonists reach into the history of unconstitutional edicts by Stalin and Krushchev and declare them as the model for ‘the rules-based international order’.… Read more »

What about the defacto annexation of Guantanamo Bay in Cuba by the USA under the pretext of a so called “perpetual lease”!

Or even better…
What about the defacto annexation of Puerto Rico by the USA? The last staged phony so-called ‘Referendum’ with just 23% turnout AKA the Puerto Ricans literally rejected the annex like on the previous 5 phony staged ones by the AmeriCunt Occupier, they ignored the will of the natives and did it anyway.

At least they had a flimsy lease from an even flimsier dictator. I believe they had another lease of sorts from the Hawaiians to use their harbor, then simply militarily invaded for full control of the islands.

US NAVY and Crimea in 2013 : https://mega.nz/folder/9N81AQCQ#GXdPXBBL1OmktmYJ8bprWQ
This document proves that the Maidan was the result of Yanukovych’s decision to return to Moscow despite the suitcases of $ he had received from the US

Ukraine in a Nutshell
Reply to  Joël ANDRÉ

US agent Yushchenko’s plan to terminate Russia’s Sevastopol lease by 2017 failed because of Democracy in Ukraine that elected Yanukovych. The OSCE was not fully compromised back then and declared the election free and fair. The only thing left for western enemies of democracy in Ukraine to do to evict Russia and gain Crimea for NATO (plus a few ancillary advantages) was to revert to a coup d’etat using unsavory fascist thugs (Parubiy and extended company) to do the heavy lifting, engage in pogroms of the opposition and create a thin veneer of democracy for mass consumption. Unfortunately for them… Read more »

Brokenspine66
Reply to  Ukraine in a Nutshell

The whole affair had just ONE mayor flaw!!
Crimea is the only Ukrainian region with a constitutionally guaranteed autonomy status already before the collapse of the USSR the Crimean ASSR was established. The Ukrainian state constitution of 1996, which devises a unitary state, is complemented by the federal element of the ‘Autonomous Republic of Crimea’.

I think that was George Orwell – yet again – who brought to public attention the psychology of those that exhibit double-think. Double-think is the ability to carry two contradictory ideas in the head at the same time. In this case the putative ‘annexation’ of the Crimea. The NATO establishment, however, are quick to point out that the Crimea was annexed by Russia, but at the same time their same logic did not similarly include the Golan Heights annexed by Israel, or Norther Cyprus annexed by Turkey in 1974 and American parts of Syria and remained so ever since. Bear… Read more »

Double-think in a Nutshell
Reply to  Donald Duck

Quite true. Double-think is a tried and true western tradition, esp in the US/UK. Orwell didn’t just draw the concept out of thin air. He was an astute observer of the workings of political machinery, and so it continues.

There is no Crimean issue, or there should be none. Crimea has traditionally been part of Russia, some 80% of its people speak Russian and consider themselves to be Russian, and Crimea voted freely in an election to return to its motherland Russia. Period. 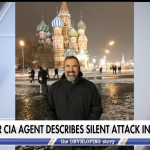 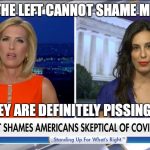