In this time, it is honestly very difficult to track down any real stories in the news, so the surfacing of this story seemed amazing given its grave level of seriousness, yet its absence in the mainstream media.

The website Republican Daily reports that the largest pipeline in the United States, the Colonial Pipeline, was ordered shut down after a ransomware cyber attack targeted the business systems Colonial uses. The pipeline itself was not reported to be under attack, but its closure was apparently a preventative measure while the ransomware attack is being sorted out.

The Colonial line supplies some 45% of the fuel supplies for the American East Coast.

That is big news. But the splash page on Fox shows this:

This screenshot was taken at 12:53pm Eastern Daylight Time on May 10th. 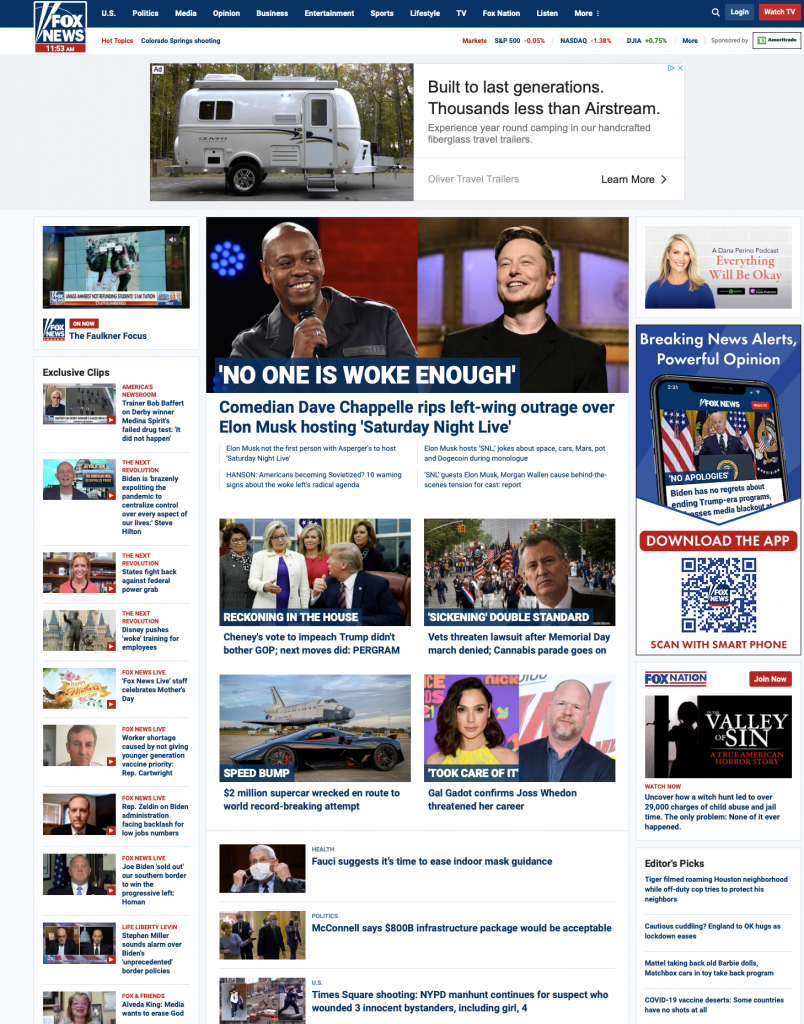 This is very typical of the kind of news coverage we are not getting, but it also serves to (1) throw a little doubt on the Colonial report as well. Nevertheless, I suspect this is a story that is designed to try to cast a narrative, but it has not “taken hold” at this time.

UPDATE: after this part of this piece was written, for a time, Fox did feature this piece rather prominently on its splash page, taking first priority. However, only 12 hours later we have this: 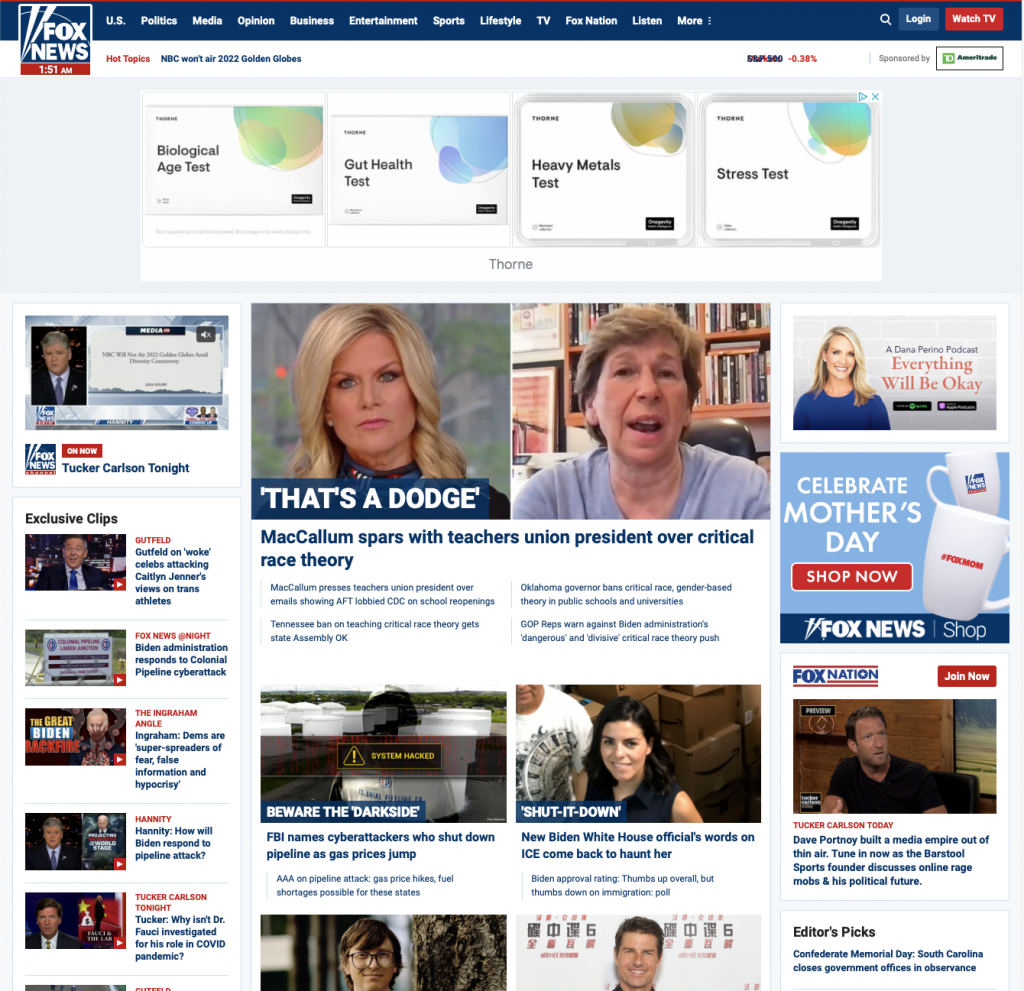 On one hand, this could be a good sign that the piece is not being weaponized, but on the other hand, it is sad, because if this is true, this shutdown is actually really serious.

It is also worrisome because the Hologram administration is psychologically unstable, and it is a tiny rhetorical step to go from “a ransomware group reputedly based in Russia” to “Vladimir Putin’s henchmen launched a cyberattack on US Energy concerns.” It seems all but certain that Mr. Biden, The Hologram, will make relations with Russia even worse by making such an accusation.

UPDATE: Fox took the bait. Now they are linking the attack to Vladimir Putin, proving my point correct. However, it took some time for this to happen.

This would have almost immediately already taken place were it the case that Donald Trump was still president. It would be a cause célèbre for the media to attack Mr. Trump and his supposed status as “Russian stooge.”

However, with His Hologramness Biden in charge, the dynamic is radically shifted. The press is likely to avoid linkage with Russia, but Biden himself may blunder into doing so. If he does, the already sharply deteriorating relations will sink down another notch.

This is all pure speculation, of course. But that is the point of this piece, not so much that we are into reporting news here as a reflection on the nature of what is reported as news. It is very difficult now to get any trustworthy information from any of the Big Media sources, Fox being one of these.

It appears that since the beginning of the Imposter’s term of office, Fox has tried to position itself as “the conservative resistance you can trust”, and to be sure, Tucker Carlson still hits balls out of the park with his analytical acumen. However, the network accepted Biden, refused to support President Trump and hid behind “objectivity” in betraying Donald Trump and his excellent leadership of the country. This is apparently because a liberal concern now runs Fox News, and so, the network is affected. But there is another reason as well:

That reason is that what passes in the United States as “conservatism” is no longer guided by Christianity. While there remain personalities who are Roman Catholics and supposedly dedicated Protestant Christians, recent actions by the network have been very odd – the interview of Bruce Jenner by Sean Hannity, for example.

Oh, he calls himself Caitlyn now and he tried very hard to become a woman, but listen to his voice! The guy is still a guy, and no amount of mutilation will change that. And now he wants to govern California.

And, Sean Hannity is interviewing him with admiration as a “conservative?”

We are truly a nation that is scrambled, who have lost our guiding principles, having rejected The One Guiding Principle.

So, this report simply is what we offer as a tiny chronicle and cross-section of the craziness and randomness that is the public side of the United States.

Are there any normal people left? One hopes we would start hearing from them, and soon.

American politics has been little more than a theater for Washington’s insiders.

I’d put my money on Russia-posing Ukrainian government hackers again, with or without outside ‘help’. Their desperation in trying to shut down NS2 would make a major US pipeline an obvious target. Elementary to get the media to give them immediate PR.

Of course, there’s no proof in hand of the suspicion but these days, ‘cui bono’ is far more proof than anything I’ve ever seen from elsewhere.

In any case, the slightly better news is that the ploy (if it was) didn’t quite have the intended bite. Under Biden, the MSM smoothed out the rough edges that would have been played to the hilt under Trump. I suspect that it may now be a new ploy to set the stage for this alleged Biden – Putin pow wow and again set the golden halo upon Biden in his ‘ability’ as a great statesman to bring (as it will be painted) Putin to heel with some ‘concessions, agreements or other such’ and put a major ‘win’ in his… Read more » 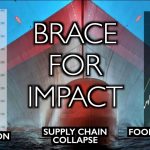 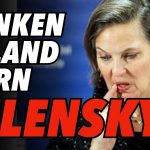