The official definition of a “COVID-19 case” is so broad, it allows pretty much anything through the door.

A COUGH, or CHILLS AND FEVER, for example. Either of these is sufficient for a diagnosis of COVID.

The requirement of a positive PCR test for the virus—even that isn’t absolutely necessary.

Besides which—as I’ve been demonstrating in many articles—the PCR is riddled with irreparable flaws, leading to millions of false-positives.

On top of all this, as I’ve been writing (with details), the very existence of the SARS-CoV-2 virus is unproven.

So there is a perfect recipe for a false pandemic.

All sorts of other lung infections are now COVID.

STAR ATHLETE: “Thanks to all my fans who supported me through this time. After my COVID diagnosis, I was really sick for three days. I mean, it was really bad. I could hardly get out of bed.”

SPORTS REPORTER (who will be fired five minutes after submitting this interview to his editor): Have you ever had a bad case of the flu, Charlie?”

SPORTS REPORTER: “That’s called a clue, pal. Think it through.”

The disease labeling and relabeling game has been going on since the dawn of priest classes. Modern medicine has refined it somewhat, but it’s still a quite obvious con.

I first encountered the modern version in 1987. In Central Africa, there was “wasting disease.” Then it was called “Slim disease.” And finally, AIDS.

Actually, it was a relabeling of protein-calorie malnutrition, hunger, and starvation.

But the truth was too stark. It implicated local dictators and predatory transnational agriculture corporations who specialized in stealing good farmland from the people.

Today, COVID-19 is a label that conceals another stark truth: the real “disease” is an assault on national economies and every human who works for a living, through lockdowns.

In this article, I continue to trace the implications of the missing virus; I’m referring to the fact the no one has proved SARS-CoV-2 exists.

Here I take a wider look at the situation.

Apparently, the notion of a virus was born when germ theorists ran out of bacteria to explain illnesses. So they claimed there had to be a smaller invisible particle, which came to be called “virus.”

Since that fateful choice, researchers have encountered various problems. Chief among them: how do you to prove, in specific instances, that these viruses exist and cause illness?

Flashing forward—two modern avenues of proof have been invented. One, twist and reverse the meaning of “isolation.” And two, sequence the genetic structure of viruses by using pre-set computer programs to build, out of thin air, without justification, collections of genetic information, ending up with nothing more than virtual entities.

In past articles, I’ve analyzed and rejected both avenues of “research.”

In the first case, there is the unjustified presumption that the virus is contained in a soup in a dish in a lab, and this is called “isolation,” when it is actually non-isolation. In the second case, there is no true sequencing. It’s all made up out of unmerited supposition and guesswork.

However, 99.9% of mainstream scientists are true believers in their own methods and fabrications. They actually accept what they’re doing as science.

Therefore, in virology labs all over the world—including bio-weapons facilities—THE RESEARCHERS HAVE NO IDEA WHAT THEY’RE DOING. THEY DON’T KNOW HOW FAR FROM REALITY THEY ACTUALLY ARE.

THEY HAVE NO CLUE AS TO THE ABSURDITY OF THEIR OWN WORK.

They’re taken in and fooled and bamboozled by their own theories.

It’s as if explorers tasked with mapping the moon, on site, up close and personal, are carrying out their jobs in underground coal mines. And they don’t recognize there is a problem.

The tenth of one percent of the researchers who do see a problem understand they have to keep their mouths shut.

Am I claiming, with finality, that ALL “viruses” have no physical existence? No. At least, not yet. That’s an open question.

In the case of SARS-CoV-2, I see no legitimate evidence for its existence.

And what’s worse, scientists are hypnotized by their own assumptions; and therefore, they’re immune from re-thinking what they’re doing.

It certainly wouldn’t be the first time a system trapped the practitioners working inside it.

It’s how you train humans to be robots.

At first, the humans follow the rules that define the system. Then they graduate to enforcing the rules. Their minds become excessively literal. They view alternatives as heresies.

“How did you get into my lab?”

“I brought a camera crew. We want to film and document every single step you take to ‘discover a new virus’.”

“Absolutely not. You’re not official. This is a high-security facility.”

“In other words, sight unseen, we have to accept your claims as if they were law.”

“But you see, that’s the point. You’re NOT doing science.”

“What are you saying?”

“You have no idea what you’re doing. You THINK you’re discovering new viruses. You BELIEVE you’re manipulating them. But you’re only working with self-generated fantasies.”

“I’ll tell you what. I’ll inject you with one of these fantasies and let’s see what happens.”

“You don’t possess an actual specimen of an isolated and purified virus, separated from all other material.”

“No. LOOK AT IT. In that dish, there’s a soup. It contains human and monkey cells, toxic drugs and chemicals, and other genetic material. It’s the furthest thing from ‘isolated’.”

“We know the virus is there. Some of the cells are dying. The virus must be doing the killing.”

“No. The toxic drugs and chemicals could be doing the killing. Furthermore, the cells are being starved of nutrients. That alone can explain their death. Think it through.”

“There’s nothing to think about. Our procedures have been verified by thousands of studies and published scientific papers.”

“Consensus is not the same thing as truth.”

“Security, come to the lab. We have a non-certified intruder. Escort him from the premises.”

“Our work is classified. You’re a civilian. We pronounce; you obey.”

“Absolutely. Didn’t they teach you that in school?”

“YOU HAVE NO IDEA WHAT YOU’RE DOING IN THIS LAB. You’re a prisoner of your own illusions.”

“Security, hurry it up. This man is a subversive…”

“Suppose you believe you’re working with viruses, but you’re only working with IDEAS AND STORIES ABOUT VIRUSES?”

“You’re not really isolating anything. And you’re not sequencing anything. The sequences are just INFORMATION cobbled together from genetic reference libraries by computer programs. It’s all, at best, a digital metaphor for what you believe exists. You’re generating fairy tales.”

“Even if that were true, it would be the closest we could come to reality. Nothing is perfect.”

“Even more reason to be sure you’re dealing with something actual.”

“We use PCR technology.”

And it’s the same with “Climate Change Science” – humanity is being bamboozled the whole time, someone stop it, please.

Here is an interesting look at one of the newly recommended testing methods for assessing the presence of the SARS-CoV-2 virus: 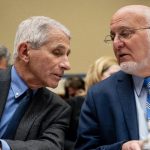 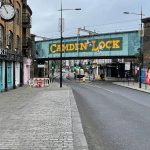