Headquartered in Manhattan New York, Omnicom is a global media, marketing and corporate communications holding company. It is currently considered the second largest advertising agency in the world, eclipsed only by WPP.

Omnicom is an advertising giant which specialises in public relations, lobbying, communications strategy, and the planning and purchasing of targeted advertising space. It builds comprehensive media campaigns for its extensive client list. Omnicom heads a North American-based network of prominent advertising and public relations agencies with a world wide collective reach.

Omnicom has been awarded a number of sizeable contracts by the UK government. These have included a December 2018 advertising campaign contract for the Cabinet Office, worth up to £184 million, a £119 million October 2020 media buy-in contract with a £230 million extension clause, and a £112 million media contract for the Ministry of Defence.

According to the Crown Commercial Service (CCS), media buying enables the government to:

buy media channels (for example, advertising space, partnerships, events and sponsorship) regionally, nationally and internationally across off and online channels.

Omnicom is the single supplier for these public relations campaigns and their UK OMD Group operations are run by Manning Gottlieb OMD (MG-OMD).

Manning Gottlieb OMD was dissolved in 2011 and struck off the companies register. It isn’t entirely clear, therefore, what the current legal status of MG-OMD is. Their website appears to be their only visible presence and it does not clarify their status. However the CCS has stated that MG-OMD is a division of OMD Group Ltd.

The CCS claim there are a number of advantages to be gained by having one US multinational corporation overseeing the UK government’s entire communication strategy, including robust pricing, neutrality and transparency. Putting aside Omnicom’s obvious monopoly, as mentioned above, when the UK Column looked at the client brief for the recent £320 million media buy-in, it was entirely redacted. We might question the CCS notion of transparency.

Who is the dominant partner in this arrangement?

Media buying is the process of acquiring space on media platforms (online and offline) to get a PR message out. In this case the UK government is the client and MG-OMD (Omnicom) is the sole supplier, often referred to as the Agent.

The supplier (Agent) is largely responsible for conducting market research and devising campaigns that will delver best value to the client. They are given a brief and then advise the client how they can achieve the client’s PR objectives.

As we have stated, it is not possible to examine the brief for the most recent contract. But the brief is available for the £112 million MoD contract. It raises some concerns.

Omnicom will agree the key performance indicators by which the efficacy of their campaigns are measured; they will evaluate and measure campaign performance and will be proactive and innovative; the Agent has the expertise to advise how to deliver all aspects of the service and it is MG-OMD (Omnicom) who deploy resources, implement the plan and collect and store the data generated by their PR campaigns on the client’s (MoD’s) behalf.

It seems that Omnicom, in the guise of MG-OMD, not only agrees what constitutes campaign efficacy, they plan, resource and operate the UK government’s communications strategy. It is not unreasonable to suggest that Omnicom is leading this process.

In 2018 the UK government awarded a four year £800 million contract to Omnicom’s OMD Group for media buy-ins. The CCS stated that the purpose of the contract was to:

Omnicom were running government PR campaigns when the World Health Organisation (WHO) declared a global Covid-19 pandemic in March 2020.

In an effort to maintain transparency, the signatories to the contract have been redacted as have the pricing criteria, Omnicom protected confidential commercial information and much of the Framework Agreement. However, the contract brief stated:

The Government Communication Plan is updated annually and CCS shall ensure that the Agency is notified when the plan is updated … The Agency will (if required) co-operate and work with agencies on any of the other Crown Commercial Service agreements. This includes other Framework Agencies … provision of specific single services and products including media planning and Campaign Solutions … The Agency shall manage and deliver fully integrated campaigns, either by delivering services in-house or through Sub-Contracts.

Omnicom was in place, ready and able to adapt to the UK government’s communication plans as they emerged.

Providing a “single version of the truth”

Omnicom was awarded the contract on 21st May 2018. On the 9th June (less than three weeks later), then UK Prime Minister Theresa May announced that the G7 had agreed to her Rapid Response Mechanism. Canada, France, Germany, Italy, Japan, the UK, the US and the EU agreed that they would assert a common narrative.

In early 2019 they launched their Learn Fast & Act Fast communications strategy. This was perfect for the Rapid Response Mechanism needs of their clients.

As the Covid-19 pandemic unfolded, Omnicom was able to help the UK government to “navigate the road to a new normal.” They said they had deepened their “rapid response capabilities” which enabled their client, the UK government, to make “more informed decisions while providing a single version of the truth.”

With operations in all of the G7 countries, and in both Russia and China, where they are discovering new opportunities for growth, Omnicom is well placed to deliver fully integrated campaigns. Whenever a rapid response is required to assert the common G7 narrative, Omnicom will provide the approved single version of the truth.

Less than two weeks after the WHO declared the global pandemic, the UK government’s Scientific Advisory Group in Emergencies (SAGE) issued some key advice. They outlined how our behaviour could be changed to ensure it was in line with the single version of the truth.

Guidance now needs to be reformulated to be behaviourally specific … A substantial number of people still do not feel sufficiently personally threatened. The perceived level of personal threat needs to be increased among those who are complacent, using hard-hitting emotional messaging … Messaging needs to emphasise and explain the duty to protect others … Consideration should be given to use of social disapproval.

SPI-B recommended that the UK government should:

A free, plural and independent media could not be “used” to terrorise the population in this fashion (…more) 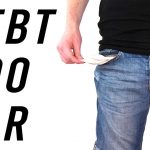 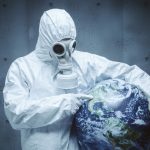