(Natural News) Yesterday was a bizarre day at Natural News, where after I published an article calling for Nuremberg-style prosecutions of vaccine researchers who use human children for medical experiments, I received several phone calls.

The most relevant call came from someone I did not know, and whose number did not appear on my phone. It was sheer chance that I even answered it. As I explain in my Situation Update podcast below, this person identified himself as a supporter of my site and said he works for the federal government. What gave his claim credibility was the fact that he knew my number and he was able to initiate the call from a source that did not reveal his phone number to me.

He said he became aware of my article calling for war crimes tribunals against vaccine researchers, and he warned me that this is exactly the kind of article the deep state is hoping to see published because they are planning to carry out a false flag violent attack to blame “anti-vaxxers” and gun owners.

He urged me to take down the article and podcast immediately, which I was actually already in the process of doing because of previous phone calls and previous conversations with other people that I won’t get into. Importantly, he explained more…

Granted, I don’t know this person, so I can’t say for sure whether he was a white hat, or a black hat pretending to be a white hat. But I’ll share with you what he said and you can make up your own mind.

First, he said that the false flag operation is perhaps just weeks away. He explained that the ATF, with Chipman to be in charge, will be ready to move against AR-15 rifles, and they need a big “event” to achieve that. At the same time, the vaccine industry is desperate to find a way to criminalize and shut down all anti-vaxxer content online, since banning it on Facebook, Twitter and YouTube still hasn’t been as effective as they hoped. So they figure they can “kill two birds with one stone” and stage a violent false flag attack of some type that will depict anti-vaxxers as violent gun owners pursuing murder and mayhem. With the obedient media ready to push whatever narrative they’re handed, this story can be told with tremendous effectiveness, resulting in a nationwide outcry to criminalize and shut down both “anti-vaxxer” speech and to confiscate all AR-15s nationwide.

If you don’t think they’ll try this, you have no clue how desperate they are to reach their milestone of 70% vaccine uptake by U.S. adults. That was explained to me as the other key point, that world leaders are being ordered to achieve vaccine milestones in their countries, and that these milestones must be achieved by any means necessary. Just today, rumor is that Italy is now pushing a covid vaccine mandate into law, forcing every citizen of Italy to take the shot. And California just rolled out a new statewide vaccine lottery to encourage low-IQ people to take the vaccine death shot there. These incentives are all part of the effort to reach their vaccine milestones as easily as possible.

To say that the Biden regime is declaring war on anti-vaxxers is an understatement. They are waging an all-out assault to threaten, destroy and disrupt all anti-vax publishers, content, individuals and organizations such as Children’s Health Defense (CHD). There is a sense of urgency behind all this, too, since it’s only a matter of time before the masses wake up and realize it’s the vaccine that’s killing so many people. Until that day comes, the vaccine deep state is going to push as aggressively as possible to get every last person injected with spike protein bioweapons called “vaccines.” And to achieve this, they have to shut down all the voices promoting “vaccine hesitancy” (which explains the Facebook algorithm to shadowban all such comments).

In this call, I was told that if I continue to talk about war crimes tribunals, Natural News would be completely taken down and removed from the internet. My guess is that the people involved in gain-of-function research have come to realize they will really face war crimes prosecutions as more truth unfolds, and they are using every tactic possible to threaten those who might remind fellow human beings that running mass medical experiments on humanity is a crime against humanity.

Right on time, the NY Times is pushing out tweets that state anyone talking about the covid lab leak theory is “racist.”

The message is clear: Don’t you dare look into the origins of covid, because that would lead directly to incriminating evidence against Fauci and his cohorts. It will also expose the truth about the vaccines, since they are using the spike protein particles that serve as the payload for the SARS-CoV-2 coronavirus. If those spike proteins turn out to be enhanced or engineered in part through gain-of-function research — which they obviously were — then it means billions of human beings are being injected with genetically engineered bioweapons.

The “lab theory” very quickly morphs into a “bioweapons” explanation, which then exposes the vaccines as depopulation weapons.

AllNewsPipeline.com has published a fascinating article on what the world will look like after globalists manage to exterminate billions of people. With the human population reduced to just 500 million people, almost everything that runs the present-day global economy will vanish. The world will collapse into tribal warfare, and even the guns and ammo will disappear, plunging the planet back into a swords-and-bows existence. As the story explains:

Initially, as the population dies off from the “soft kill”, people will desire to stay in their homes and current locations, victims of “normalcy syndrome”. But it will quickly become obvious that this is not survivable. Food, water, and essential goods will be hoarded, new replacements become unavailable. Law enforcement ends by the government, and is replaced by local warlords. Gangs will form for mutual protection. The weak and meek will become prey for the gangs as resources dwindle.

It will then become necessary for the population to move closer to food and water resources, and to abandon the cities. Those that were able to leave the cities without being enslaved or killed by the gangs, will congregate in the farm areas, near water sources, and form their own local leadership/government systems.

With the available worker population at such a low level, most workers are needed for production of food and firewood. Without the benefit of electricity, there will not be modern farm machinery, fertilizers, weed killers, harvesters, trucks or automatic irrigation. A farm worker will only be able to produce enough food for himself and a few others. During harvest time, all able bodied persons will be needed to gather, clean, can and preserve the crops for the winter.

But the world isn’t ready for the truth yet, because the vaccine deaths haven’t yet exploded

Sadly, the world isn’t yet ready for the truth about vaccines, bioweapons, depopulation collapse and crimes against humanity. And to discuss these topics right now only invites extreme threats from the vaccine deep state and its compliant media propaganda outlets.

Thus, I am reluctantly going to have to hold off on the war crimes topic until the public is ready to hear the truth as the post-vaccine death count explodes due to Antibody Dependent Enhancement (ADE) or other similar effects. Once vaccinated people start dying en masse, it will become obvious that the one thing they all have in common is the covid vaccine (…more)

I’m guessing the author of this article, Jay Te, is unaware of Dr. Reiner Fuellmich’s team of 1,000 lawyers internationally and 10,000 doctors within numerous fields of expertise and real experience.

Just because they exist, (Dr Reiner et al) doesn’t mean to say they will succeed in their aims of exposing the jab for what it is. This goes far far deeper than drug companies and billionaires trying to manage a Great Reset. There are darker forces at work, and they keep well hidden and say nothing out loud, some we don’t even know exist, they are that secretive. Soros, Gates and others are their playthings.

There’s no such thing as as an ‘antivaxxer’. People don’t trust the Government or the Corporations that make these things. People also know there is something fishy going on and a lot of people aren’t going to submit to these things and there isn’t anything the Globalists can do about it. Lockdowns are over except in the northeast and the left coast and Illinois and all these people are going to be the victims of these injections.

Put the Podcast back on. The globalists have lost already, thats why they go for broke. Globalists will throw everything plus the kitchen sink at us. Mainstream Media is dead. Nobody believes their propaganda shit anymore. We have to go for the kill. Its them or us. 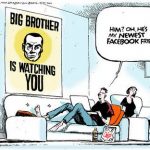 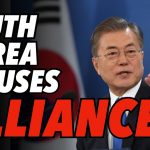