By Mike Adams (from NaturalNews)

DNI John Ratcliffe has now publicly confirmed that the 2020 election experienced significant “foreign interference” from China and Iran, and possibly other nations, which fulfills the necessary conditions for Trump to trigger his 2018 executive order on foreign interference (which we have extensively covered in previous articles).

John Ratcliffe knows China was involved in election theft, and he’s about to unleash this fact upon the world… with huge ramifications for the ongoing allegations of widespread vote fraud and election rigging in the Nov. 3rd election.

There is allegedly “ample” raw intelligence about China’s intentions and actions related to the election, with more intelligence reporting coming in every day.

Now, the deep state elements who report to DNI John Ratcliffe are working overtime to delay this crucial report which is due Friday, Dec. 18th. They are trying to bury the truth about foreign interference and delay Trump’s ability to act on this information.

This afternoon the DNI was notified by career intelligence officials that the Intelligence Community will not meet the December 18 deadline, set by Executive Order and Congress to submit the IC’s classified assessment on foreign threats to the 2020 U.S. elections.

The IC has received relevant reporting since the election and a number of agencies have not finished coordinating on the product. The DNI is committed to providing this report to our customers expeditiously.

According to Jack Posobiec, Ratcliffe is determined to make sure the report names China’s interference efforts, and Ratcliffe is refusing to sign the document unless it contains such details.

Posobiec explains what we’ve been explaining, which is that the DNI report could be used by Trump to invoke sanctions against not just China, also against any person or corporation in the USA who was complicit in the interference efforts:

Another source tells us tonight that President Trump has ordered most of his administration staff to exit the D.C. area and clear out. Something big is about to go down.

Today, CodeMonkeyZ also tweeted about multiple sources telling him something huge was about to break big, in terms of a “national emergency.”

Listen to my Dec. 16th Situation Update for full details on what we know up to the morning of Dec. 16th. Tomorrow’s Dec. 17th episode will bring you more details about the substance of this DNI report that’s due Friday.

I think it’s high time that the Federal Intel Community reported what is plain as the noses on their faces, even under their masks. We see the interference every day in the coordination between various news outlets and tech oligarchs who owe fealty to the CCP. Now DNI Ratcliff has finally released the report and the usual fall guy, “Russia, Russia, Russia,” is not in it. This may just be the truth, for once. 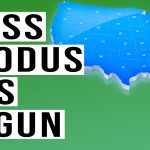 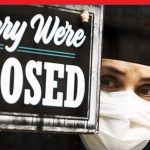