By The Health Ranger

Five days ago, we published a breaking story that was originally uncovered by Dave Janda (DaveJanda.com), detailing the use of CIA-developed software to steal votes by intercepting voting machines and switching Trump votes to Biden votes. That story is entitled, “RED ALERT: Dems collude with CIA to launch intelligence operation that ALTERS voting machine results in Pennsylvania and other swing states.” (See full video interview below, which was banned by YouTube.) Earlier today it was discovered that a software “glitch” in Michigan had switched 6,000 votes from Trump to Biden. The glitch was discovered when an effort was made to manually review the ballots, revealing that thousands of votes were switched by the software. This was announced by state GOP Chairwoman Laura Cox, who stated: In Antrim County, ballots were counted for Democrats that were meant for Republicans, causing a 6,000 vote swing against our candidates. The county clerk came forward and said ‘tabulating software glitched and caused a miscalculation of the vote.’ Since then, we have now discovered the 47 counties used the same software in the same capacity… Antrim County had to hand count all of the ballots, and these counties that used the software need to closely examine their results for similar discrepancies. So 47 other counties in Michigan were using the same software. This means the Michigan vote was stolen from Trump, and we are actually being subjected to a cyber warfare assault on America.

The same vote rigging software is used in every swing state

Now, we are learning from The Gateway Pundit that this same software was used in all swing states, including PA, GA, NV, MI, WI, AZ and MN. The software is ominously named “Dominion.” The project to deploy this software is called both “Project Hammer” and “Operation Scorecard.” As TGP reports: Dominion Software is used in 47 US states including ALL OF THE BATTLEGROUND STATES. The Dominion software “glitch” ONLY took votes from President Trump and Republicans. Dominion is used in 30 different states. Dominion is used in EVERY SWING STATE! Nevada Arizona Minnesota Michigan Wisconsin Georgia Pennsylvania And NUMEROUS COUNTIES in Georgia also used the software!! This is turning into a MASSIVE scandal! Democrats thought this “glitch” would be enough to beat Donald Trump. They had no idea he would have the greatest landslide and vote totals in US history! So then they had to dump Hundreds of Thousands of ballots in to the swing states they lost!

Watch the original interview with Dave Janda that YouTube censored

The original interview that broke this story was published by Dave Janda. It was an interview with Lt. Gen. Tom McInerney. As I wrote several days ago: Dave Janda of Operation Freedom (www.DaveJanda.com) has unleashed a bombshell story with huge implications for Tuesday’s elections. Janda’s guest in his latest broadcast is a former high-level intelligence official (Lt. Gen. Tom McInerney) who warns that the Dems and the CIA have put in place a mechanism which can alter the voting results of electronic voting machines in key swing states (like Pennsylvania) that will determine the outcome of the election. This covert technology is called Operation Scorecard, and it was built by the CIA to surreptitiously steal elections in targeted countries. Now, that technology is being turned against the United States of America and is about to be activated on Tuesday to steal the election for Biden, explains Janda’s guest. YouTube banned the interview, but others uploaded it to Brighteon.com, so you can watch it here: Brighteon.com/37f33814-f323-4c7a-9f19-90588161b4fd

As we reported earlier, the Dominion software intercepts voting machines and alters votes to make sure Joe Biden always has roughly a 3% victory margin, no matter what the original votes. In the real world of legitimate votes, Trump achieved such an overwhelming victory in swing states like Michigan that the Dominion software had to switch hundreds of thousands of votes to give Biden the “win.” This massive fraud left a trail of evidence so large that people began to notice. Manual recounts of selected ballots revealed the “glitch” had switch votes exclusively away from Trump in in favor of Joe Biden. (Isn’t it amazing how every “glitch” somehow always favors Biden?) Now, the evidence is irrefutable. They’ve been caught red-handed. Dems and the deep state stole the election, and the evidence is now in plain sight. Trump will challenge the fraud and have the fake votes thrown out. Justice Alito from SCOTUS has already ordered Pennsylvania to set aside all votes received after 8pm on Election Day, in case all those votes need to be invalidated, which would hand Trump the win. Once all the vote fraud is overturned, Trump will win Wisconsin, Michigan, Pennsylvania, Georgia, Arizona and many other states, giving him a landslide victory of well over 300 electoral votes, exactly as we predicted before the election. Stay tuned for more breaking news details as this story unfolds…

Oh, it’s just Russian hackers at work again trying to besmirch the gleaming reputation of our shining light of democracy on a hill’s slippery slope.

They are thoroughly contemptible, those Russkies. They even had the audacity to be singing ‘When the lights went out in Georgia’ as they hacked power grids and voting machines willy nilly.

Well, at least they have a sense of humor.

oldandjaded
Reply to  The Circus Continues

Hahahaha! Parody on an empty stomach…I gotta get a cup of coffee…

We here in GA have an honest S of S.
Smart as a whip ..He can see when numbers fo not ADD.

Jane
Reply to  The Circus Continues

They were so sure GA was turning Blue when @ Warm Springs GA Biden had 12 reporters to his Rally.

We Georgians know not to vote A Senile old crook as our President you-all.

Lindsay
Reply to  The Circus Continues

That’s a good one, but maybe we should replace Russia with CCP to give it a more real and truthful feel. Isn’t it funny that a while back Trump wrote an Executive Order that covers interference in our elections by other nations.

I Think Treason…
Americans NO longer trust their voting System.
look too the Loud mouths that were so sure they had the Biggest Voter fraud in US
History.. Biden, Hillary, Pelosi & the Obamas.
*Look up Treason punishment against your country.*

I wonder how Blue California will be after they look at the vote and election fraud going on there? On the 3th of November the polls closed, and ten minutes later Biden had won. Boy, they sure can count all the vote fast in California.

why would anyone “trust” a system that is hacke as for treason,trump should have been swinging in january 2017 with his isn’treal butt kissing.d so easily. diebold voting machines are made in isn’treal.

A very relevant video on these news:

If these astonishing news are confirmed, they could have truly historic consequences.

They are discussing detailed alleged data by state here:

Full list of votes switched or erased by Dominion
https://thedonald.win/p/11Q8O2wesk/happening-calling-every-pede-to-/

Will Biden and his cohort in crime be vacationing in Cuba soon? Or at least in the American part and it might not be considered a vacation either. 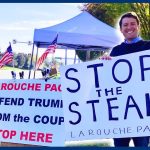 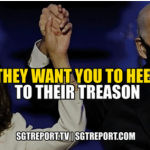