(Natural News) An analysis of the raw voting data dumps from the 2020 election, carried out by user “Centipede” (“PedeInspector”) at TheDonald.win, reveals bombshell news.

It appears that hundreds of thousands of votes were switched from Trump to Biden via the software control systems of the voting machines. This was done in real time, during election night, which also explains why election counting was slowed in swing states in order to allow the election theft to be coordinated and executed.

PedeInspector explains how he wrote a script to detail all the instances of votes being lost or switched from Trump to Biden. His data source is the NYT raw data dump feed at the following link (which may not function once the NYT pulls it):

As The Gateway Pundit explains:

The author also claims that the data is from Edison Research and it is the same data that is used for election coverage by at least ABC News, CBS News, CNN and NBC News. It is also used for the website of the NYT, and probably others as well.

This json data feed is like a transaction log file. It shows each update to the voting totals, like a Flight Data Recorder (“Black Box”) on a commercial airliner.

He shows what one of the data switches looks like:

Explanation: This graphic shows two updates on voting totals. #27 and #28:

As you can see, votes were taken from Trump and added to Biden. In this case it was only a few thousand, but there were thousands of other vote switch transactions in the log files.

Understand that this is absolute proof of software-based vote theft. (See more details below.)

This is like having the black box recorder recovered after a jet crash. All the data are intact. The election was stolen over the ‘net, in real time.

This list is organized by voting systems (voting software brands). We are highlighting the swing states in particular, so notice how the special emphasis on vote theft focused on these states.

In yet more shocking news that will change the course of history, Rudy Giuliani has now confirmed, during a live broadcast with Steve Bannon’s “Warroom” program, that Dominion software witnesses are stepping forward and blowing the whistle on the massive vote theft fraud:

The entire DNC and its supporters is one huge troll farm. It’s a shame the latest, greatest most wonderful democracy in the history of the universe couldn’t come up with two candidates that are worth half a grain of salt.

No doubt he’ll appoint Kerry as liaison between the US and ISIS in Syria since he’s so experienced.

Of course he’d run the risk of his son-in-law leaving a laptop full of Saudi harims and money transfers at some local computer shop but that’s the price of leadership.

saw it happen, in real time on Bisiness Insider, and posted what I saw on the Duran as it happened. Heres a second post I did the next morning, which details what I saw. I’m going to elaborate on what I saw on Business Insider last night. Up until shortly before 8 pm PST, Trump was clearly on his way to winning the electoral college AND the popular vote, it had followed a continual trajectory from the beginning of reporting. Shortly before 8, the Business Insider showed him with 213 electoral votes, Biden was around 160. Suddenly, RIGHT IN FRONT… Read more »

The Business Insider site had no commentator or anything, it was a simple computerized tallying machine, which is why I was using it, I didn’t want to listen to all the hyperbole and bs, and I am a “numbers guy” (formerly worked in the financial industry), I prefer to have raw data in front of me and analyze it myself. My initial thought was that someone at Business Insider checked in, saw what their computer model was showing and thought “Holy SH!T, This isnt good, we gotta step in here, and tweak this so it shows the “right” numbers” in… Read more »

One thing that crossed my mind is the possibility/probability that this is just more “revelation of method”, just another power ritual, along the same lines as the “killing of the King” and the twin towers, and that those pulling the dems strings actually WANT this fraud to be slowly unveiled, while nothing is done and the dems retain power. The idea would be to undermine the blue pills confidence in democracy itself, as one more step towards bringing them to the point where they willingly accept the one world government dictatorship as the best alternative to a demonstrably failed and… Read more » 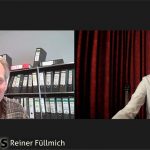