Aldous Huxley’s brilliant mind foresaw the “Great Reset” in his 1933 book, “Brave New World“, and warned the world in a 1958 interview by Mike Wallace , (the father of Fox’s Chris Wallace).  Aldous Huxley’s book imagined a totalitarian world order with a panopticon prison without walls.  The citizens are controlled using the drug “Soma”, a happy drug to keep everyone enslaved without questioning their condition.

The state provides for all basic needs, nothing is owned, and there is no privacy.  Brainwashing is delivered from birth to condition the new slaves to accept their role and their assigned status within the society.   A class system is enforced and genetically controlled through baby farms and population control.  The family does not exists, everyone belongs to everyone else, and there are no social bonds.

You are designed and conditioned for a role and status within the world order. Religion does not exist, choice does not exist, freedom of thought does not exists. The world is banal, without worth or purpose, a hell on earth, to create a human ant farm who’s purpose is to keep those in power at the top.

Psychologist B.F. Skinner also foresaw a dystopian world in his 1948 novel Walden Two, which proposed a society of “good” citizens through behavior modification—a system of rewards and punishments. BF Skinner found that the most effective behavior conditioning program was achieved through a variable ratio schedule of rewards.  The target behavior is rewarded, on average, every five times the person does the behavior. The reward is varied, so that sometimes you give the reward the second time the behavior is performed, sometimes the sixth time, sometimes the third time. It averages out to every five times, but the aim is to randomize the reward to deepen the effectiveness of the pleasure seeking behavior and reward potency.

Brave New World: Revisited was a collection of essays Huxley wrote to explain why he wrote the book and how people are controlled through various means and groupthink and conditioning. Also, his brother was a member or The Round Table society and told Huxley the basic plan that caused him the write the book.

Whoever wrote this article needs to add an ending, a conclusion, a reason for writing. The thing just ends.
D-

Hi NearBoston, I am just sharing a link to the interesting interview. Sorry, if I left you hanging at the end of the article. I purposely don’t try to push my opinions on others. I am just highlighting some interesting points. However, in my opinion Klaus Schwab’s, “Great Reset”, seems closely aligned with Aldous Huxley’s Brave New World rather than Orwell’s 1984. The “Great Reset” says we will own nothing and we will be happy. The statement that we will be happy is the reason I align the dystopia with Brave New World. The use of rewards and drugs to… Read more »

During college, I was taught that Brave New World and Orwell’s 1984 were written to demonstrate, of all things, their basic theories of persuasion, of all things and the use of language to control people. We certainly see that today! I have never done the research on this to see if it is true. As I was taught this at university, I may more safely assume it is bull. However, the story goes that Huxley and Orwell were friends and had frequent discussions, leading to a debate on the nature of persuasion, and hence to the books demonstrating their beliefs… Read more »

Duties
Reply to  Bill A Margeson

They were also discussion a hypothetical world. Today’s tyrants are far too real.

Bill A Margeson
Reply to  Duties

Readers will find this broadcast interesting:

Today’s form of tyranny is far worse than either author imagined. Not only does fiction have to make sense, the elite in those stories were seeking a better, harmonious society. Today’s tyrants, are not only not as smart, they are far less benevolent. Today’s tyrants are petty, vindictive and without logic. They take joy in grinding their minions under their thumb (lockdowns), ignoring the pain and suffering of society by criminals (police standing down, FBI/DOJ in on the Steal). They are also less concealed in their criminal intent than fictional characters and are quite comfortable openly committing crime in plain… Read more »

Looks like we are in for a rough ride…comprehensive analysis..just over an hour in

Can you please just sum it up for us?
Thanks.

Brave New world and 1984 can’t be read without the third prophetic book .
Animal Farm . All of which seem to be arriving before out eyes.

He didn’t exactly ‘forsee’ it – the book was an outline of their actual agenda. There is a myth out there that they HAVE to tell you about the evil, like it is some ancient metaphysical rule of the gods or whatever. But this is a misunderstanding. The energy and most importantly the imagining of their nightmare dystopia comes from our hijacked collective consciousness. To imagine this into reality, the image must first be placed into the public consciousness with a certain urgency attached to it. Thus the book purports to ‘warn’ you of this dangerous potential future, carrying the… Read more »

Amazing Tales from the Barkside

“The investigative team also claims that Navalny was followed on a trip to Kaliningrad in July, when his wife Yulia fell ill – which the activist now suspects was due to Novichok, regarded as the most lethal nerve agent in the world.”

So, that’s now 4 people (The Skripals, and both Navalny’s) That the deadliest nerve agent known to mankind can’t seem to kill. All bark and no bite, those Russkies. Maybe they were all in a trial placebo group?

Anonymous Source
Reply to  Amazing Tales from the Barkside

So, why would anyone want to poison Navalny’s wife? Just for practice?

Tales from the Confused Side
Reply to  Anonymous Source

Oh, they were trying to get Navalny but screwed up. Russia – a land of screwups. Can’t even try to ineffectively kill the right person. If they launched an ICBM at Washington, it’d probably land in Iceland, so no worries.

Oh, that was the Brits. Sorry.

The Belching Cat
Reply to  Tales from the Confused Side

That British story was Russian disinformation. We have the proof, straight from MI6 itself. 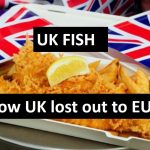 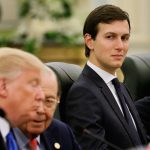