The people’s right to self-determination is perhaps the major source of conflict throughout history – and still is. The struggle for self-rule in Western Sahara versus Spain’s colonial rule, began prior to the Sahrawi rebellion of the 1950’s, but really manifested when the peaceful Sahrawi Harakat Tahrir made demands for self-rule in 1970. How did Spain respond? With a bloody massacre, of course.

The suppression of the Zemla Intifada in 1970 resulted in an armed struggle for self-rule by the Sahrawi called the “Frente Polisario” or Polisario Front, supported with funding and arms by Libya and Algeria. The United Nations recognized the Sahrawi Arab Democratic Republic (SADR) as being the legitimate Western Sahara movement for self-rule in 1979, and declared the Moroccan occupation illegal there, by international law. UN resolution 34/37 was endorsed by eighty-four member states, until US State agitated to have such recognition revoked after March of 2020.

In the little-known background, such bright Neocon lights as John Bolton and the AEI’s Michael Rubin (yes, the American Enterprise Institute the arch-nemesis of peace) pressed for a ‘clean break’ to confront SADR in Western Sahara.  A mouthpiece for Israel’s aggressive Nile-to-Euphrates Biblical agenda, in typical AEI fashion Rubin claims that UN documents no one can find show an expenditure of $400Mn by the US to ‘keep the peace’ in the SADR or Polisario Front effort, largely pushed by Algeria. Mike Rubin’s Neocon twist is based on the factual account that the US wastes billions on military intervention, NATO, etc… but of course ignores billions in US ‘aid’ to Israel.

By selective enforcement — and encouraged by the bloody Azeri military coup in Nagorno Karabakh — Kushner and Avi Berkowitz chose an assumed easy mark on the Sahel, to recognize Morocco’s illegal occupation of the Western Sahara. According to Axios, the decision to ignore Western Sahara’s right to self-rule was aided by Trump’s rift with Jim Inhofe, a US senator and former Trump ally. But Trump has little need for Inofe now.  And will US recognition of the Morrocan occupation truly be such an “easy diplomatic win”? More on that later.

Consider the close relationship between Israel and Morocco for many years. Despite Israel’s brutal occupation of Palestine, Morocco has aided the mossad by subverting Palestinian rights and sovereignty for years, beginning in the 1960’s.  Morocco allows an AMAN military intelligence base to operate there; and mossad assisted in the torture and assassination of a Moroccan opposition leader in 1966, where political assassination is the national policy of Israel, the US, and Morocco. During the ‘Yom Kippur’ war Moroccan military officers coordinated with the Israeli military throughout, especially in the Golan, versus the Syrians. And even the sand berm splitting Western Sahara into two separate zones was built under the supervision of Israeli military advisers.

Kushner’s arbitrage with Morocco on Western Sahara for Israeli formalization is meaningless overall, and extensive Israeli cooperation existed prior, just as with the UAE. And the US ‘gift’ of recognition to Morocco on Western Sahara won’t mean much to the simmering state of the conflict there.  The US move will mean much to Algeria though, and will push that low profile but very important power to cooperate with China and Russia to a far greater extent than it does now, especially in the realm of control in the Western Med. Due to US destabilization of the Middle East and Northern Africa, Algeria is now pressed on all sides by the Axis of Evil, including Libya’s anarchy and Algeria’s sworn enemy, US-debased Egypt, also driven by Wall Street and USd economic hegemony.

The US gesture on the Western Sahara further alienates all who press for an end to Israel’s brutal and inhumane treatment of Palestinians, and the Occupation there, and an end to Israel’s decade-long siege of Gaza, a humanitarian disaster only eclipsed by Saudi in Yemen.

As shown in this article, recent moves by Washington have, once again, affected the balance of power in the Middle East:

Maintaining Israel’s qualitative military edge in the region has already led to an unintended consequence.

Why doesn’t Kushner wear a yarmulke? 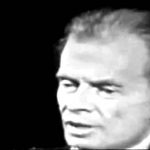