Some months ago, it was featured news that Hillary Clinton was ordered to testify about her e-mails by court order on September 9th of this year. Sadly, Secretary Clinton’s lawyers were able to get her out of that, but the investigation into the Russiagate conspiracy turned up some very interesting material.

A letter from the Director of National Intelligence, John Ratcliffe, was declassified. The letter was addressed to Senator Lindsey Graham (R-SC). You can see the first page of this two pager below. (The second page only contains the Cc: list of recipients: Sens. Diane Feinstein (D-CA), Marco Rubio (R-FL), Mark R. Warner (D-VA), and Representatives Adam Schiff (D-CA) and Devon Nunes R-CA)) 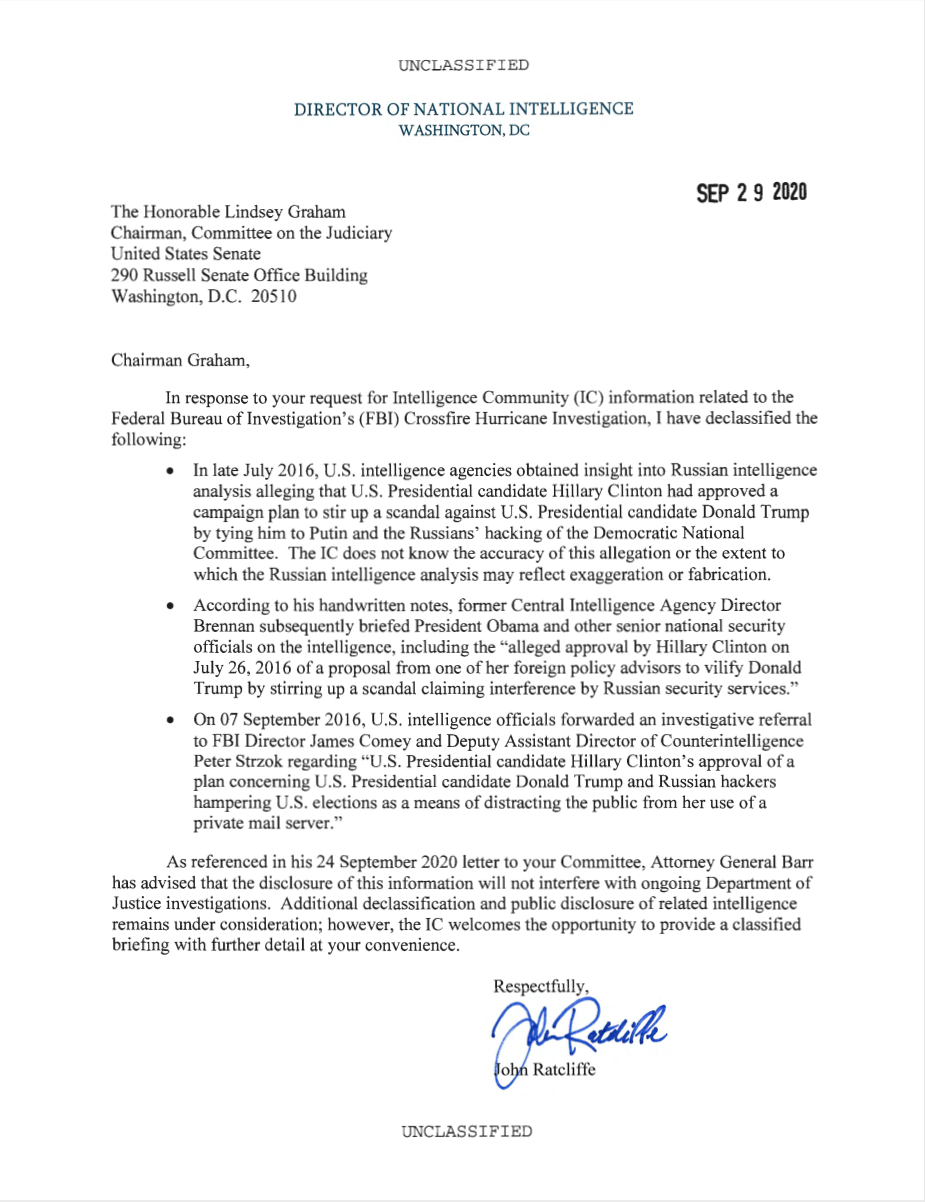 This fingers former Secretary of State Hillary Clinton as the originator of a campaign plan to stir up a scandal used against then-candidate Donald Trump to tie him to Vladimir Putin and to the hacking of the Democratic National Committee servers.

This is an allegation stating that Russian intelligence analyses had come up with this conclusion, but it is significant in that US Intel agencies got that information in July 2016, while the campaign was in process. It would appear that the agencies gave this some sort of a pass, and there is an ostensible and possible connection into the notion that this plan was created as a distraction from the former Secretary of State’s use of a private and unsecured mailserver to send classified emails to various agencies in the government.

It further names Peter Strzok, James Comey, President Obama and John Brennan as parties involved in this, or at least “in the know” about it.

As we know, there never was a word peeped about this during the election campaign. It later surfaced after Donald Trump won the 2016 election and morphed into the massive Deep State operation known as Russiagate, tying up major parts of American foreign policy for years, resulting in needless sanctions against the Russian Federation and the severe damage on that nation’s economy… all this apparently from the brilliant Secretary who offered President Dmitry Medvedev the absurd “reset” button (or is it the perhaps intentionally wrong “overload” button? After all that is what happened:)

A hat tip to Liberal Hivemind for catching this. Watch below for more information connecting all the dots.

Note the dates. What is significant is that the CIA and Obama were aware that the Russians were aware that Hillary had planned this. The White House briefing happened the day _before_ Trump’s “Russia, if you’re listening” remark at the Doral golf course on July 27 2016. The plan was already in motion

The Walls are really closing in now.

Trump should have fired Barr the day he blocked Clinton from testifying, which is exactly what he did. 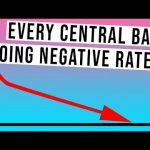