If it were shown, using competent forensic evidence, that there is no actual proof of Russian interference in the 2016 [US presidential] elections, by means of a Russian computer hack [into the servers] of the Democratic National Committee; If it were shown that it has always been knowable to the intelligence agencies of the United States and of Great Britain that no such hack ever occurred, and if it were shown that, though there was a request by the President of the United States, to have the analysts that have successively refuted that Russian hack story be interviewed; that their evidence then be presented to the President, and that that evidence, if proven true, be presented to the American people for their evaluation; so that justice could be done, though the heavens fall: if that directive were not carried out, would that defiance of such a Presidential directive in the pursuit of the truth, constitute a crime against the United States, a crime against the nation of Russia, and against the pursuit of world peace and the avoidance of war?”

The moderator of the news conference went on to note how the British Intelligence agencies summarized in 2003 that Saddam Hussein had gotten hold of uranium from Africa, ostensibly to build nuclear weapons. This intelligence helped propel the US and other powers into war with Iraq, killing more than 500,000 people, but the intelligence was not true. The Russian interference narrative has been pressed on the american people and all over the Western world for three years now, resulting in sanction after sanction against Russia, the refusal to let the Russian leadership state its own case, and the forcing of what appear to be hostile relations growing as the Russian Federation is forced into “tit for tat” moves against the United States.

Through this series, we are going to outline the case that William Binney makes in detail, with verification and where needed, information that is used to dispute his claims, in order to try to give our readers the fairest assessment on this issue possible. We will see that Mr. Binney confirms much of what many writers on The Duran and other independent news sources have been saying – that this is a false story. However, I think that in going through this, we will become shockingly aware of just how false it really is. First, it is only wise that I offer “full disclosure” of my own sense and biases about this issue:

I have long maintained that Russiagate in its entirety is a fake allegation along the following lines:

In contrast to the above listed points, I must offer these further points of belief:

Everything presented here to you can now be taken with the appropriate grains of salt, but my goal is to cover this as objectively as possible.

Before becoming a journalist, I was already an avid news observer. Reading publications like The Duran itself, along with Fox News, Breitbart, CNN, Alex Jones, and Drudge when Matt was supporting conservatism, I became extremely adept at “sniffing out the b.s.” in just about any news story, particularly stories of a political nature. This is not a superpower, and my ability to do this is nothing special, but it is unusual in the present day context of three-word-slogans, absent of critical thought, but definitely present in terms of passionate, often violently irrational, actions.

Any person taking thirty seconds to one minute to carefully analyze whatever narrative they believe is able to find the “walls” – those places where the narrative’s lack of factual support or logic show that there is nothing substantive to it, and that that person is being misled. “Black Lives Matter”, the three-word-slogan du jour, is totally meaningless when compared with the actions of people who use this to attack black people, their businesses, police officers who are black, and most of all, the long-traditionally valued African-American family, often with a very Christian mother at the helm because the father is not there. Black Lives Matter as an organization, is dedicated to the destruction of everything that most African Americans wish they had: peace, solid families, opportunity for education and success, and freedom from having to depend on the government or anyone else.

That is just an example, but one that has reference points anyone can easily see. Russiagate is different, because it is a far more sophisticated hoax, perpetrated by people who are truly “masters of maskirovka“, but according to the following information, these masters do not hail from Moscow or St Petersburg, Russia at all. However, as we will see, they might indeed hail from Moscow, Idaho, or St Petersburg, Florida.

Next: William Binney’s case, in full.

Just received this link from a friend (Part 1 of 3). Russiagate and much more. Check it out before it’s expunged. Doesn’t get downer and dirtier than this.

Of course, he still seems to imply that Steele got his disinformation from Russia. Nobody’s perfect.

‘Massaged’ Danchenko’s inputs….so they meant what Steele wanted them to mean. Never mind that they contradicted Danchenko at every 2nd turn.

For Your Eyes Only
Reply to  EGADS

He maintains that ‘someone’ poisoned his family. Probably the same folks who ‘conveniently’ poisoned the Skripals.

Those who understand what makes the world go round do not have any problem understanding what happens. Jacob Rothschild wants to conquer the whole world the same way he captured the western world. Whoever confronts him gets attacked as much as Rothschilds can do it. https://theduran.com/jacob-rothschild-is-guilty-for-the-conspiracy-against-humankind/

Yes__ No__ The rich the root cause, as they give everyone the right to enrich themselves upon the misery of those who have less education, less wealth or less whiteness of skin.

Yes__ No__ Society is the root cause, as they do so love to be rich and do glorify the rich to the point of worshiping the rich.

Bottom-half of society is the 50% working-poor, all because of their being so selfish, self-absorbed and indifferent as to refuse to vote.

The 25% middle-class is so indifferent to the working-poor, that instead of organizing to give a living wage to the poor, they supervise and police the poor.

The 25% rich-class, they are the voting majority and hoard 75% of wealth.

Russia-gate, like all harmful lies, is an illusion of good that hides an evil intent.

The make believe good, being that the Democratic Party has discovered that the reason why Trump won the white House was because Russia successfully used an illusion of good to hid an evil intent.

The evil intent by the Democrat Party, being that as Russia has been exposed as the root cause for why Hillary lost the 2016 election, the Democratic party can now succeed in a new evil intent to help Trump get reelected.

For Hillary did everything she could to loose the 2016 election,
Biden with his fake senility is doing all he can to loose the 2020 election
and the rich will keep Trump in the White House by another cliff hanger.

For the supper-intelligent rich have illusions of good in store for the voters,
so complex, that not until after the miserable enrichment begins, will the maddening crowd know what happened.

OK, that leaves most of the American public out.

Americans are not lazy thinkers, their deceitful thinkers and being the most filthy rich connivers, little chance have they of being much in the way of survivors.
Vengeance being such a sacred cow.

The trick is to anoint the herders with an aura of righteousness and the sheep will always follow…. but to keep trained wolves at the ready, just in case.

John, I wish that were true because then at least I would be filthy rich!

It is not true. Most Americans are great people. But we are certainly largely deceived by our willingness to trust government to “take care of us.” The result of that in the United States has been tragic.

Indeed it does, at least if they are Democrats!! 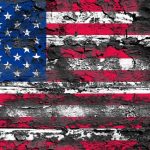 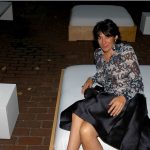