American military convoy stops near the town of Tel Tamr, north Syria, Sunday, Oct. 20, 2019. Kurdish-led fighters and Turkish-backed forces clashed sporadically Sunday in northeastern Syria amid efforts to work out a Kurdish evacuation from a besieged border town, the first pull-back under the terms of a U.S.-brokered cease-fire. (AP Photo/Baderkhan Ahmad)

If Trump wins, he will be even more beholden to the far right than he was in his first term. Here is why:

According to Gallup’s latest findings, which were in early September, 29% of American adults (not necessarily likely voters or even registered voters) are Republicans, 30% are Democrats, and 40% are Independents — neither Party.

Then, on October 2nd, Gallup headlined “New High Favors One-Party Control of U.S. Federal Government”, and reported that Gallup had asked 1,019 American adults, “Do you think it is better for the country — [ROTATED: to have a president who comes from the same political party that controls Congress, does it make no difference either way, or do you think it is better to have a president from one political party and Congress controlled by another]?” 52% of Republicans but only 43% of Democrats wanted “Same party”; and 23% of Democrats but only 17% of Republicans answered “Different parties.” (the rest answered “No difference.” Independents predominantly answered “No difference” (36%), but 31% of them said “Same party,” and 27% said “Different parties.”

Currently, in the national polls, “32 Days to Election”, Biden is ahead of Trump by 7.2% and is ahead of where Clinton was 32 days to election by 4.0%. It looks like a Biden landslide. However, if only the base voters turn out, then Trump could win; and here is how:

Right now, that 7.2% overall Biden advantage is 50.1% to 42.9%, which is a 1.168 ratio favoring Biden. He has that advantage amongst the general electorate. But Trump has approximately a 1.15 ratio amongst only America’s base voters. Therefore, even if half of the electorate turn out to be base voters, Biden will still have a slight advantage. Trump would need America’s base voters to be not 50% of the total voters but more like 53% of the total voters, in order to have a chance of winning.

However, the Electoral College doesn’t adhere to the national electoral majority, but instead to the state-by-state majorities. If Biden’s campaign turns out to have been as incompetent as Hillary Clinton’s was, then Trump could still squeak through to a victory. He’d need his base to be lots more intense than Biden’s is.

The more that independents and other non-base voters turn out to have voted, the more certain that Biden will win.

Trump is running, essentially, a 100% base campaign. A second term would be unapologetically and exclusively committed to serving the far right. If he wins this election, then his second term would likely be the most extremely far-rightwing Presidency in American history. It would be unremitting conservatism. His contempt for anyone who is less supportive of “Might makes right” than he is, would be even more blatant than was the case during his first term. The only parallels between his second term and other national leaders would be among the histories of a few other countries, but none yet in U.S. history. Whereas during Trump’s first term he hinted at where he wanted to take the country, his second term would be far less hinting, and far more acting. In American history, it would be unprecedented.

By contrast, Biden wants the same things that Obama already delivered to the country, except that he wants to add to it what had been the final version of the healthcare public option that Obama was promising until Obama abandoned a public option altogether the very moment Obama won the Presidency on 4 November 2008, and that was a very limited public option, which would be made available only to very poor people, a slight expansion of Medicaid. Bernie Sanders had instead been actually fighting for a total expansion of Medicare, so that 100% of Americans would have that basic healthcare as being a right, instead of, as Americans have now, only whatever healthcare each individual person can afford to pay for. That was his “democratic socialism,” and Biden defeated it, crushed it.

So, the current choice is between an unprecedentedly aggressive American far-right, or else a continuation of the Obama Presidency but without anything of Obama’s extraordinary personal ability to charm the world. (After all, he invaded and did coups in lots of countries, and yet won a Nobel Peace Prize, for nothing.) Neither Biden nor Kamala Harris has that ability, that remarkably slick personal charm, which Obama had.

In either case, the best that can be hoped for is a weakened version of the Obama Presidency. And this is what seems, at the present time, to be the likely outcome for America: an aggressive declining country, but without the charm that Obama had supplied. By contrast, a Trump second term would be super-aggressive “MAGA,” including soaring tariffs and serious pushes for everything that he had held back on during his first term (such as outright invasion of Venezuela, Iran, and other countries that resist Trump). What was previously his conservative rhetoric would now become his fascist actions; what was previously his progressive rhetoric would be gone even from his rhetoric. All of his hires have been neocons, and now they would be unleashed because Trump would no longer need politically to accommodate non-fascists.

I seriously doubt Trump would do more to Venezuela and Iran than he did to North Korea except there would be no need for a Bolton like character. However if Biden wins I would expect an armed conflict in Ukraine and a re-igniting of hostilities in Syria, Iraq, Afghanistan or even Libya. All the added taxes for national health (which is what the Democrat plan actually is) will raise taxes through the roof and reducing any economic increases to a 1.5% or lower at it’s best. Add to that even higher debts that Covid-19 created and the dollar will lose… Read more »

Thanks for the input, Sue. Because of it, I added a bit to the final paragraph. But as regards your comment regarding health care: It costs twice as much in the United States as it does in any of the countries where it has become paid in taxes instead of in insurance premiums and out-of-pocket, and U.S. health care is inferior to that in most of those countries; so, you’ve got everything exactly upside-down on that.

Hubby is from the Netherlands and I have had National health while living in Ireland and England. Although it was a while ago IRL and UK healthcare wasn’t all that great and Hubby’s sisters mother in-law was sent home without an operation because she was too old. The quality of US healthcare I would say is irregular rather than inferior. Hubby and I are both Vets and after a lot of scandals in the stand alone VA years ago, About 95% are now affiliated with medical schools. My health care from Our local VA hospital attached to Vanderbilt is world… Read more »

As long as there are lawyers looking to sue over a hangnail and juries willing to call that malpractice there is no solution – so if that’s an acceptable practice, then there is no solution to high medical costs other than just nationalizing it and accept that costs will go even higher because heck the government can afford it. They’ll just print as much money as they need (which they are doing now anyway)
Basically become a what’s in it for me and screw the rest of you society.

Okay… let’s check into this for a sec. Democrats run an actual Coup-de-tat on the President of the United States, ostensibly to protect Hilary Clinton from ever paying a price for her crimes-and it appears that she was the ringleader on that. Hunter Biden performs financial transactions that are linked to sex trafficking in the Ukraine and Russia. Obama gets us involve in THREE armed conflicts that aren’t formal wars during his tenure as president and oversees the slowest economic recovery in American History. And you’re going to tell me that the voters actually want MORE of that??? Mr. Zeuss,… Read more » 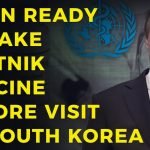 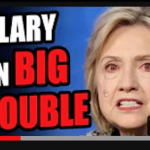