OPINION: This article contains commentary which reflects the author’s opinion

Tennesee Republican Sen. Marsha Blackburn suggested Monday that President Joe Biden may have intentionally mishandled the chaotic, deadly pullout from Afghanistan as a means of “seeking to elevate China” amid rising calls for him to step down.

Blackburn, a frequent critic of the administration and an avid supporter of former President Donald Trump’s agenda, made her comments during an interview with Newsmax TV’s morning show ahead of scheduled testimony before the House and Senate by Secretary of State Antony Blinken, who is sure to face pointed questions about the way Biden left Afghanistan.

“What we can expect are questions such as, did we have a withdrawal plan, or was this happenstance?” she said.

“The steps that the Biden administration made, which are missteps, were they intentional [or] were they seeking to elevate China? Had they made a deal on the front end? Was the Taliban creating an exit strategy for us because we did not have an exit strategy?” Blackburn continued.

Blinken is set to provide testimony before the House Foreign Affairs Committee on Monday, and the Senate counterpart on Tuesday.

Liberals are Trying to STOP Patriots From Flying This Flag!

Blackburn told Newsmax TV that one question Blinken will face is whether the Biden administration’s decision to pull out of Bagram Airfield in July was intentional in order to leave equipment and Afghan allies to the Taliban and create chaos, perhaps to take the focus off of his failing domestic agenda.

“Did they plan to leave thousands of Americans and SIV applicants and SIV holders behind enemy lines, and why did they underestimate the Taliban?” she asked.

Blackburn’s comments and insinuations come as sentiment rises among the electorate and members of Congress for Biden to step down.

A survey that was conducted earlier this month shortly after the Aug. 31 evacuation deadline and the death of 13 U.S. service members a few days before found that 52 percent of Americans want Biden to step down, while just 39 percent disagreed.

“Time and time again, President Biden has shown the strength of a marshmallow and the intellectual capacity and judgment of a gnat,” Rep. Mo Brooks, R-Ala., noted in a press release. “America, and the free world, simply cannot afford the risks of such a vacuous man in the office of President of the United States.”

“President Joe Biden has proven himself to be a complete and total fiasco. The horror of dead American military personnel giving their lives in defense of a botched Afghanistan withdrawal is Joe Biden’s pinnacle of incompetence,” Brooks continued.

“As such, President Biden should, in the name of honor, resign as President of the United States,” he added.

“As the president has said repeatedly, the buck stops with him – and I agree. The buck must stop here. President Biden has demonstrated that he is unfit to serve as commander-in-chief, and, therefore, must resign,” Rep. Jackie Walorski, R-Ind., noted as well.

If, as Blackburn suggests, the turbulent pullout of Afghanistan was intentional, the fallout has not been something that Biden has been able to manage. His approval rating, well above 50 percent beforehand, has bottomed out, falling to 43 percent a week after the evacuation and tanking further to 39 percent just last week as Afghanistan, inflation, COVID-19 vaccine mandates, and the out-of-control U.S.-Mexico border continue to drag him down.

Blackburn went on to suggest in her interview that it seems unlikely that the administration was not aware of what would happen as a result of the Afghan pullout: Namely, that the Taliban would retake the country and that would be a boon for America’s competitors.

“Were they not aware that the Taliban was working with China and Russia and Iran?” she asked.

“What we know is … China needed to have that overland route from Beijing to Tehran,” she told Newsmax TV. “They only got it going through Afghanistan. They also want the rare earth minerals that are there in Afghanistan, the lithium mines, things of that nature which the U.S. has put on the map for them.

“They know where they’re located and where to extract those components which are so necessary for semiconductor chips, microprocessors, lithium-ION batteries,” she added.

I’m pretty sure the idea was to leave and hope that China and Russia would be ensnared in the resulting confusion and bear the costs of america’s failures there.

The lady is talking nonsense of course, why reciprocate the idea of president Biden being controlled by foreignpowers the way presiden Trump was falsely accused of being a Russian asset.. The truth is that the current administration are trying to ward off the the growing discontent at home, people have mentioned the possibility of some kind of civil war.. Biden knows he has to get people back to work, and dampen down the anger, post covid, this takes money, and Afghanistan war, with all it’s fallout has to be put in the past.. President Trump even though out of office… Read more »

It’s always easier to lay the blame, when things go pear shape, at someone else’s feet, rather than the people who are responsible. This NORMAL for Americans. They cannot see themselves in such a light, thus someone else is to blame, after all, how could exceptional people make such stupid mistakes ?
No, No, it’s the Chinese’s fault, maybe even the Russians too, they both share borders with Afghanistan, right, so they have more to gain from this than we exceptional people who NEVER screw things up.(Last sentence is IRONY !)

This explanation makes more sense than stupidity or incompetence. I know Biden is struggling, but he is still conscious. And if ever there was a candidate for puppet of a foreign leader, our compromised Pres fits the bill.

ALL American presidents have been PUPPETS. Without exception.

Kennedy also, and Eisenhower (remember his speech about the military complex)?

Biden, (as is the previous U.S President,) are morons. That is the very reason they were ALLOWED into the Whitehouse in the first place. Laying the blame for every thing that happens on their shoulders, is ignoring the REAL culprits, who make the policy and dictate it to the leaders. For example, IF Biden actually ordered the withdrawl of U.S. troops from Afghanistan, it’s not up to him to make it happen. There are hundreds of fat, lazy, good for nothing, 4 and 5 star Generals sitting on their butts at the Pentagon who’s job it is to PLAN and… Read more » 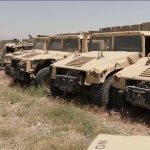 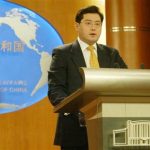