China’s new ambassador to the United States, Qin Gang, has an undiplomatic piece of advice for the Biden administration.

“If we cannot resolve our differences, please shut up,” he said during a Zoom meeting last month held by the National Committee on United States-China Relations, a nonprofit organization dedicated to promoting bilateral cooperation, per the National Review.

Qin had just given a speech regarding the current state of U.S.-Chinese relations to a small group, including the organization’s board. During the question session that followed, Evan Medeiros, a Georgetown University Professor who served as National Security Council director for China, Taiwan and Mongolia under Obama, asked what steps the two countries could take to strengthen their relationship.

After the meeting, the embassy published a transcript of Qin’s speech, which blasted the current direction of Washington’s policy toward China and warned leaders against the “disastrous consequences” of using a “Cold War playbook.” Conveniently, the question session was not included in the materials posted.

Indeed, Qin’s aggressive comment was surprising, considering the event was hosted by a prominent group of former officials, academics and business leaders with decades of experience in all things China.

…duplicate the import taxes on chinease goods and the country will go bankrupt, as it’s already almost bankrupt!…and problems with china will instantly get solved!…all of them!…yesterday was already too late!…

I don’t think so fella, it is America that is bankrupt, the US prints money like it is going out of style, and perhaps it is..The world of Fiat is coming to a close.. Much of the world is now dedollarising, such as China and Russia, and, including some Latin American countries .. when the dollar is No longer the reserve currency, there will be a frantic return to the Gold standard.. My good man, as you Americans would say, It Doesn’t Have the Juice it once had..We are in the era of Chinese power, the US empire through it’s… Read more »

The Chinese ambassador is right, I mean the constant lecturing on human rights, from a country guilty of torture, beating to death chained up men, extraordinary rendition, or other words kidnapp, Not mention the wars of aggression that sent men, women and children to the afterlife in the hundreds of thousands, hypocrisy has No End it would seem.. Neolibs are the bane of humanity, I would say worst than Neocons methinks, because they are crusaders who use human rights as weapon to deceive,whilst up to their necks in human misery and blood..

America is in dire straights, no doubt about it. They identified, what they believe, is the cause of their problems, and like always, it’s someone else’s fault not their own. In this case, China gets the blame. But, everyone forgets what China is doing with the new silk road and the BRICS program. Programs that will elevate many nations economic situations, allowing them to become better off and buy more Chinese products. Pretty soon every nation from Western Asia who signed on to these programs will all benefit economicly greatly. This FACT annoys the hell out of Americans. Even though… Read more »

you are correct…We in the West got use to cheaper products, TV s’, cheap designer jeans, household goods of all sorts, which was useful, as countries in the West didn’t improve wages,and many economic neoliberals were quite content with that Status Quo.. I do believe that covid has exposed our weak supply chains, I mean it is Not good that we rely on Chinese made medical products, that truly is a security issue, all the rest is resentment by our leaders at decline of power by the Occidental world, ironically they made it happen, that 500″years of Western dominance is… Read more » 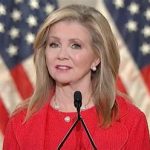 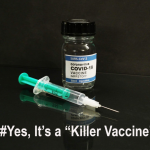