No wonder there are terrorists seeking to attack the United States and her interests.

Tucker Carlson reported late on September 17th, how the Biden Adminstration and the military perpetuated a lie for almost three weeks – that a drone strike carried out by the US military had “taken out” an ISIS-K operative and thus thwarted an attack by this magically newly appearing organization against our people still in Afghanistan.

The United States is in a serious crisis. As the empire implodes, the racist, pot-smoking, soulless killers of the American political and military power structure are at the height of their own arrogance.

In a sane and rational world, the press conferences given by Jen “Circleback” Psaki ought to be hammering on the fact that the supposedly wise and caring Biden Administration lied in truly whopper fashion, and that these people’s efforts to gain political points were taken at the expense of seven innocent children’s lives, among other innocent civilians “over the horizon.”

In much the same way that crowds inside the United States have taken up the chant “F— Joe Biden”, families, parents and nations all over the world, especially in those nations considered by the American elites to be sources of drone fodder, are lamenting their dead, whose lives were brutally taken by a truly evil set of people…

…who happen to be running our nation.

This has never been made more obvious than what we have seen both inside the US and outside it over the last month. From federal vaccine mandates, an attack on almost one-third of the American population who simply believe they have the right not to get injected with a useless chemical, to mass media suppression of the truth, to the Afghanistan reveal and debacle to this (likely fictitious) account of there even being such a group as “ISIS-K” (I am not buying this load, something about this claim is rotten, especially considering no one ever discussed “ISIS-K” prior to the decimation of these children)…

What will it take for the good people of America to overthrow the tyranny that has been set in place in their own country?

Thankfully, the backlash is rising, but when we see such reveals as Mr. Carlson lays out here, it is plain that nothing has been done yet to correct our problem. Stolen elections have consequences, because the people who orchestrated the stealing of the 2020 presidential elections also are squelching any dissent. However, the more they try to silence the truth, the more the truth breaks out.

Hopefully we get the message, and soon.

Like Brenda responded, I’m shocked that a stay at home mom is able to earn $7047 in one month on the computer. have you read this web site e…  http://www.maxweatlh.com

Milley goes from treason to incompetence, murder of civilians, to killing water bearers. Maybe next he could go after water bearers during football games. Unbelievable Well, seven children and civilians are a small cost for distraction.

I have to admire that US spokesman KIRBY,who said “the US military is the most careful when making citizens safe from it,s military “and all this with a straight face. Must practice in the mirror. 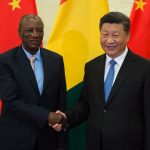 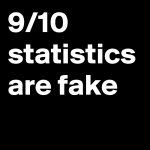