Where does $180Bn US lost in BTC go? As we’ve written about on many occasions, where do billions of dollars in liquidated fiat go? Even the Treasury has trouble with that question. The US created its capital markets to contain trillions in stocks, notes, bills, bonds, and dollar derivatives of all sorts. While bitcoin may be an outlier, plenty of evidence exists that bitcoin serves a useful purpose for the Federal Reserve to sterilize capital by the means described here, and as has just occurred. Rinse and repeat.

Whether the charming statement about bitcoin by one of America’s largest criminal banks has contributed to BTC’s recent turnaround is unknown. The greater possibility is that whales temporarily sidelined by regulatory action are getting back into bitcoin after rinsing out the small retail holders, when bitcoin reached $1T US in market cap (as predicted in January). Such an outcome with BTC is more than pleasing to the Federal Reserve.

Since BTC is the Fed’s virtual ‘golden goose’ and too useful for the Fed to kill off, the question remains whether those whom the system intends to imprison will continue to build their prison quietly on behalf of their monetary system jailers, or rebel. No doubt ‘calming statements’ – like the one made by Citibank – are intended to quell any such rebellion. In other words, the Fed knows a) there is too much Big Money in BTC to end it; b) the punters who bailed on cue will likely return with their dollars; while c) certain systemic problems with bitcoin exist.

Beside the tether decision, systemic issues with so-called stablecoins, and the lightning network, bitcoin has a flaw at its very core: the Alert Key function of the protocol is inoperable. The Alert Key is a function of the bitcoin protocol intended to alert the ledger network when a ‘disruption’ has occurred, for example ‘stolen bitcoin’ or ‘hijacking’ of the chain. The verifiable Alert Key protocol should broadcast such events to alert the network but does not. This functionality was removed by the oh-so-trustworthy developer honchos Wladimir van der Laan, Jonas Schnelli and Pieter Wuille, upon the shoulders of whom sit one trillion fiat dollars in highly speculative bitcoin derivative capital. “Concept ACK.”

So why was the Alert Key removed from the protocol? Based on the very criminality verifiably at the heart of “Satoshi Nakamoto’s” bitcoin*. When bitcoin’s major exchange Mt Gox failed in 2014 due to criminal activity, it was discovered that convicted criminal Mark Karpeles somehow had the Alert Key protocol keys in his possession. By 2016 the reddit developers charged with maintaining “block chain fiduciary responsibility” removed that alert key functionality, which gives rise to a very large moral and legal question with regard to who is “in charge” of the bitcoin protocol. Bitcoiners like to say bitcoin is distributed and unassailable, but that is far far from the truth when its protocol relies on a few “trusted” developers to maintain it. And in typical fashion, reddit posters in charge of the bitcoin protocol decided to “use website, twitter, reddit, Slack” and a mailing list to advise the network of any major disruption.

All of the above results in a rather nasty dilemma for bitcoin, where even its origins are unknown. But the Fed must keep BTC alive to launder the proceeds relating to artefacts of trillions in US dollars created via MMT capital outflows. And seemingly the positive statements made about bitcoin by America’s largest and most criminal banks will lure in deeper pocket speculators than the current FINTECH community targets for the bitcoin scam.

And what of the bitcoin punter hoping to make a quick bit of speculative fiat? Rinse and repeat.

*and it is his or hers – or belongs to the intelligence agency that created it; no one has ever been licensed to use the bitcoin database by “Satoshi Nakamoto”.

Well, the acid test … let’s see how bitcoin stacks up once the US dollar crashes and burns. First the stock market – probably this year, followed with the bond market in 2022 the latter of which will bring the current financial system to its knees.

LIFE CHANGING OPPORTUNITY BE an Internet HOME-BASED real Earner.I am just working on facebook only 3 to 4 hours a Day BHG and earning £47786 a month easily, that is handsome earning to meet my extra expenses and that is really life changing opportunity. Let me give you a little insight into what I do…..

When the dollar is No longer the reserve currency,and gold can still be seized by states,unless your a pirate of the carribean and plan to bury your gold in a remote spot somewhere,it would seem bitcoin is the only asset class that has its own natural protection from state seizure.. 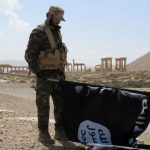 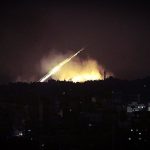