There is no doubt that bitcoin is gamed and manipulated just like the online gamers who exchange fiat for it, but that’s not the subject of this paper. This is about the Fed. The Fed is concerned with inflation – not boosting inflation like the Fed says* (because they know inflation is here whether the CPI calculates it or not) but in preventing inflation from destroying the US currency. The Federal Reserve issues (creates) currency for its own needs and for the Treasury to pay its bills, paying interest on the public debt, keeping insolvent primary dealer banks afloat, wars and weaponry, enriching its own, pointless central governmental expansion, entitlements, etc etc… the list goes on and on. That’s first and foremost and – for the Fed/Treasury – hopefully last. Ultimately, no matter what Kamala Harris states, the Fed/Treasury does not want inflationary dollars getting into punter’s pockets. Because when trillions of US dollars end up in the hands of the Great Unwashed, they could destroy not only the ‘economy’ but also any vestige of capitalism remaining where capitalism is the most efficient use of resources.

Meanwhile there’s trouble ahead aplenty for the prevailing system, whether it’s a minor annoyance like the Wallstreetbets scam, or major, like the Federal Reserve playing stocks and owning the bond market, or people refusing to work via ‘stimulus’ unemployment payments; and the Fed/Treasury know that too. That’s where bitcoin is convenient, because bitcoin is a dollar derivative** that the Fed/Treasury loves, and here’s why:

Here’s how the Fed/Treasury will play this game. Bitcoin is manipulated to a particular level, then the Fed/Treasury will make some statement, or has a lackey file a lawsuit. One example already exists, that of tether. Tether has a rather dubious background and is “backed” by a somewhat suspect bank in the Bahamas. Tether is a major trading derivative of bitcoin with a lawsuit underway, where the defendants have been been granted a continuance. Tether may be the first point of attack for the Fed/Treasury, which could impact bitcoin’s fiat price by as much as one-half or more if the outcome is unfavorable for tether.

In other words, should the US Treasury take serious action versus tether, bitcoin’s price could drop by as much as one-half but such action will not see the end of bitcoin. After all, bitcoin is too useful to the Fed/Treasury, and attacking bitcoin at it’s source would require the NSA to reveal its alleged backdoor into SHA-256 cryptography. Bottom line, were the Fed to take serious action against Deltec and tether, the Fed might assist in removing perhaps $350Bn (one-half present bitcoin market cap) from the system by such action affecting its price, with zero recourse to affected speculators, while still allowing bitcoin to exist as a convenient stash for inflationary capital.

In summary, bitcoin is essentially an effective means for the Fed/Treasury to sterilize inflationary capital, where the Fed/treasury must extinguish portions of that capital without blowing up bitcoin. The Bank of International Settlements (BIS) recently made statements about bitcoin, stating that bitcoin is not a real currency (bitcoin can only transact seven times per second) and bitcoin should be seen as a community of online gamers, being the basis upon which bitcoin was founded and still operates, especially now that Wall Street is involved. That the most crooked Fed/Treasury actor beside the Fed’s private banks and Treasury itself — the Bank of International Settlements — is warning about bitcoin is ironic to the extreme, since the BIS mercilessly manipulates gold and silver markets along with the LBMA on behalf of the Fed/Treasury. But ah yes… the BIS has their own scam to run: support for the US dollar.

Significantly, the same BIS remarks invoke an environmental statement about bitcoin which is very telling. Carsten of the BIS states, “A sad side effect is that the (bitcoin) system uses more electricity than all of Switzerland.” Despite Carsten’s remarks on majority attacks and systemic issues with stablecoin components, the BIS’s allusion to environmental impact should be a major red flag to all who see bitcoin achieving some astronomical valuation. Being the point. To extinguish inflationary capital, the Fed/Treasury and its lackeys can target bitcoin with statements, lawsuits versus stablecoins, or environmental action, without impact to bitcoin’s underlying blockchain technology or ending bitcoin. And what can bitcoin speculators do about those detrimental statements or actions and the resultant impact to bitcoin? Precisely nothing. To the Fed/Treasury, that’s the beauty of bitcoin. Attack it and extinguish inflationary capital but let it survive. Rinse and repeat. Just wait and see.

There is an even bigger picture. Recall that the US dollar is a derivative, it is a derivative of trust in US government, that the US government will pay its bills. Should bitcoin’s capitalization as a derivative ever reach astronomic levels, as Max Keiser shills for, that equation will spell trouble for the dollar US which is simply a matter of mathematics. Where we disagree is that bitcoin will ever be allowed to reach those astronomic levels. And the position of many is that it will not. Due to the shady gamer structure imposed on it, bitcoin will always be volatile and unstable, and only a speculative asset that major central banks wish to avoid.

*excellent ruse used by the Capturing Class for years: say the opposite of what’s true then operate as if it is true.
** Bitcoin evangelists like @maxkeiser and @tyler are lying when they say bitcoin will challenge the dollar for economic hegemonic supremacy.

Good music from Dallas TX…while we contemplate the next “plandemic”

My real time work with facebook Im making over $2000 a month operating low maint­enance. I continued h­earing distinctive people divulge to me how an lousy lot cash they can make on line so I selected to research it. All topics considered, it become all legitimate and has without a doubt changed my life. For more statistics visit below site HERE☛Fox200.com

is this one of those “conspiracy theories” i keep hearing about? 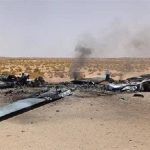 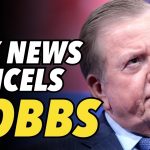